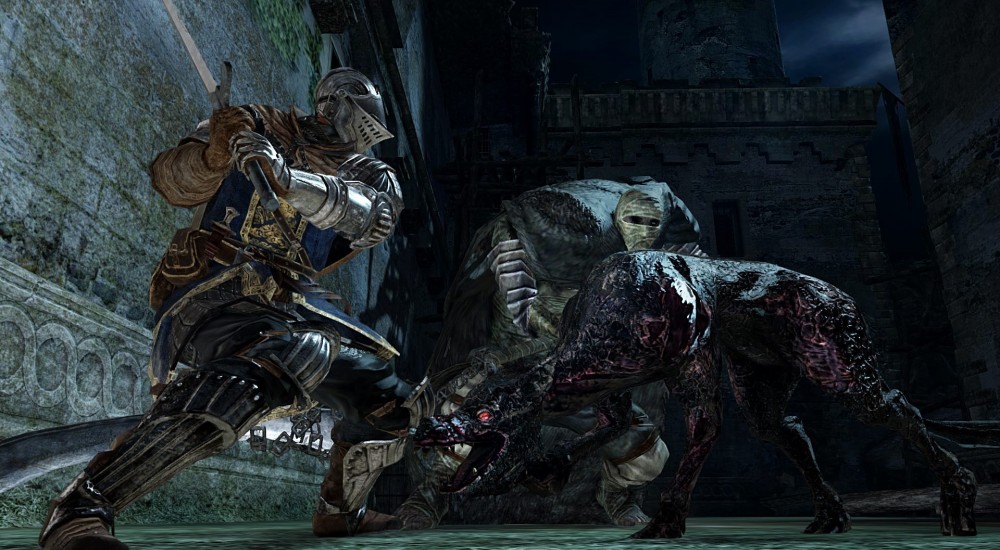 Namco Bandai has released a new trailer and screenshots for Dark Souls 2, as well as officially announcing the release date for the PC version of the game. Titled "Prologue Part 1", the trailer begins to tell a story we can't wait to see continued.

The screens showcase action shots and unique game areas, and quite honestly, are jaw-droppingly gorgeous. Check them all out in he gallery below. We believe the co-op to be like it's predecessor featuring 3 player online functionality, but this has yet to be confirmed.

PC gamers can get their hands on Dark Souls 2 on April 25th via digital download or as a physical copy. PlayStation 3 and Xbox 360 gamers can pick it up on March 11th in North America and March 14th in Europe. The PC version of the game is the only version that features increased texture resolutions and mouse & keyboard support. Those who pre-order the PC version or purchase the PC Collector's Edition (from Steam, GameStop, Amazon, or ClubNamco) will receive early access to the Black Armor Weapons Pack, which include five in game weapons and shields.

Which version will you be picking up? Let us know in the comments!