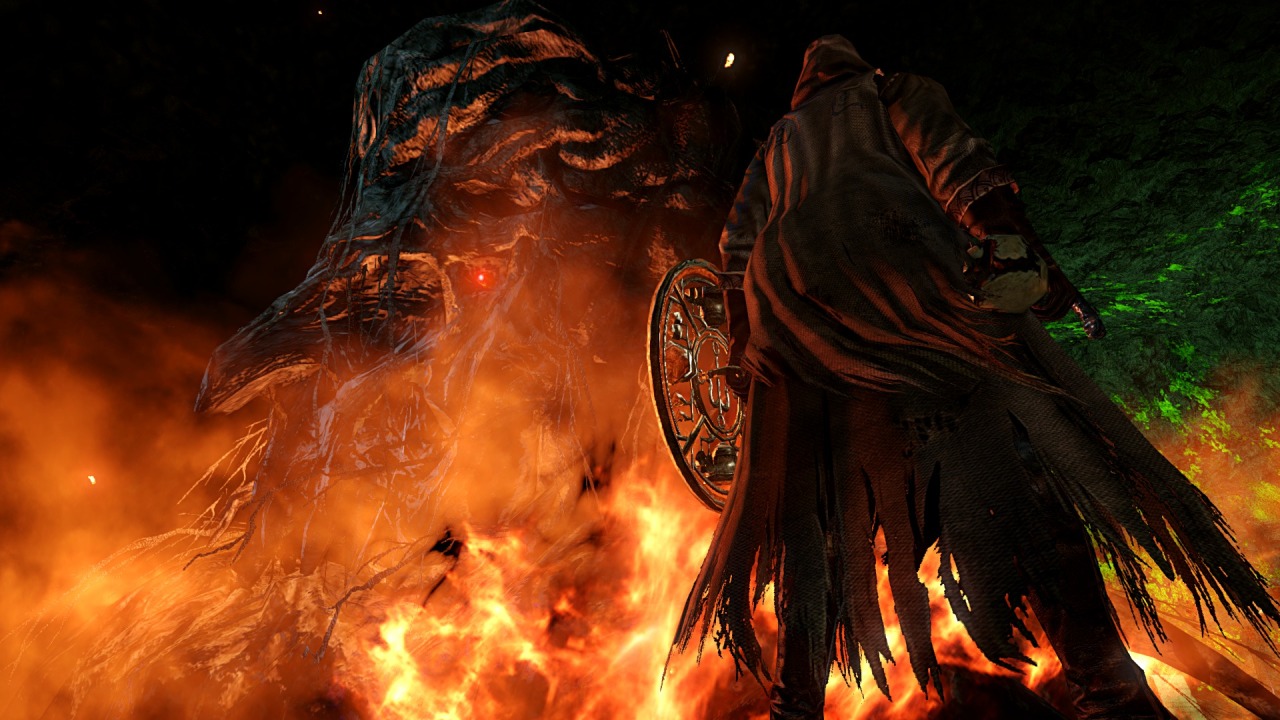 Dark Souls 2 received the promised patch a couple weeks back, and it seems to have brought with it more than just what was initially detailed. Specifically, a new boss and a new ending have been added to the game. For those who may be wary of such things, there be spoilers ahead.

The new boss, the big fire-ensconced, root looking mofo in the header image, is actually Lord Aldia, the man responsible for putting ogres in flimsy cages and dangling them above your head. What's more, he is also apparently the titular "Scholar of the First Sin." In order to engage Lord Aldia - who is now the "real" final boss of the game - players must first speak with him at the Dragon Shrine location and answer his questions in the affirmative. Then, you'll have to defeat Nashandra at the Throne of Want (you can use a bonfire ascetic to reset if you've already beaten her) before proceeding to kick his butt. Once you've managed that, you'll be given a choice - sit on the throne, or abandon it. Leaving the throne will reveal the new ending.

While existing owners of the game will not be getting the changed enemy placements, updated graphics, or expanded number of players online that the full release of Dark Souls 2: Scholar of the First Sin will include, it's nice that Namco is limiting the overall impact to the existing player base. The full release of Scholar of the First Sin - which includes all 3 pieces of DLC, graphic enhancements, new enemy placement, and more players online - is slated for PS4, Xbox One, and PC on April 7.