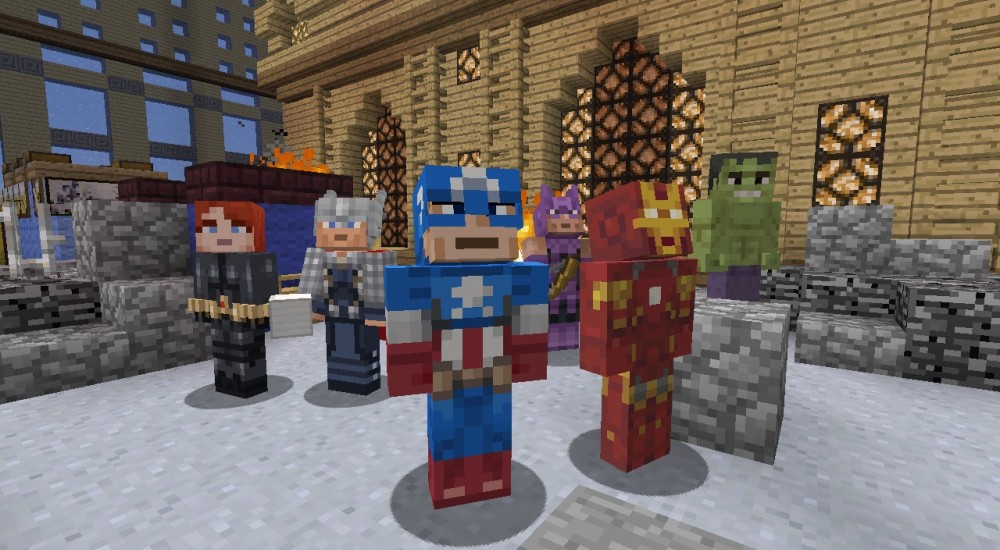 A new skin pack is coming to Minecraft on Xbox 360 featuring all your favorite heroes and villains from the Marvel universe. Dress up as The Hulk, Iron Man, Captain America, Phil Coulson, Red Skull, Loki, Kang and more as you play in theI world.

Microsoft has not yet announced a release date or price.

Minecraft is no stranger to mashups, previously releasing Skyrim and Mass Effect packs, as well as some bonus Halloween content. Check out the screenshots for a peak at some of the skins, and if you haven't already, see our full review of Minecraft: Xbox 360 Edition.