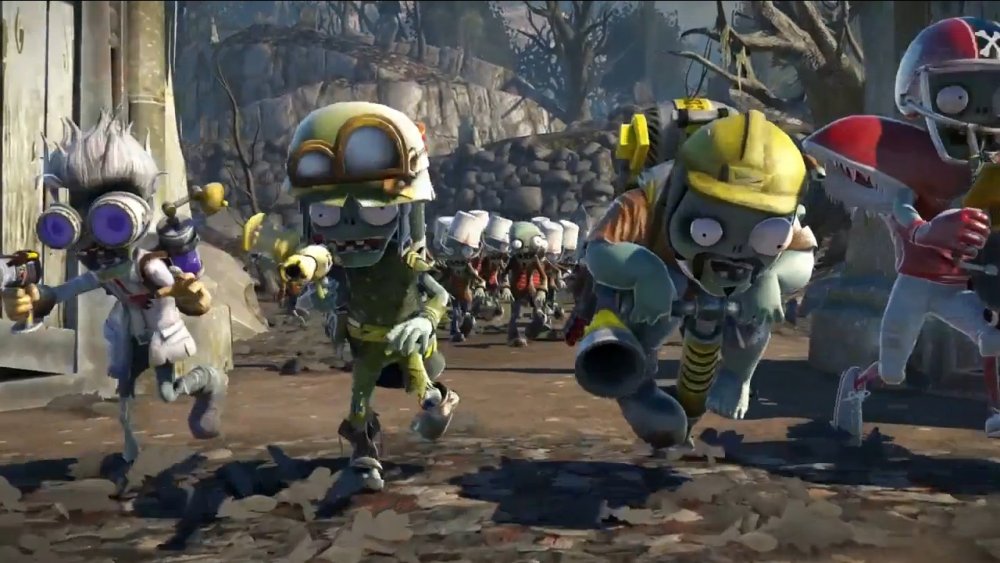 Today, EA released a new pre-order trailer featuring some of the zombie tactics found in Plants vs. Zombies: Garden Warfare. Not only will players be able to choose the Plant team to fight, but also take control of the Zombie team to wreck some havoc of their own.

Featured in the video, various zombies of all types engage the enemy team of plants warriors and their turrets to bypass. Some showcased are Soldiers with machine guns and bazookas, Scubas with aqua jetpacks and sticky grenades, Diggers with their drills, and the newly revealed Cosmonaut zombie (hiding in the background) fighting on a pirate ship level of sorts. Whether the Guargantuar or Disco zombies will be playable characters or remain as boss zombies in co-op modes is still unclear. While the mutliplayer mode does look promising, the  Garden Ops mode is the designated co-op mode for 4-players versus AI opponents. For a more in-depth look at this mode, be sure to refer to our previous article. For now,  take a quick look below for a short and sweet trailer:

As we have stated a week ago, PvZ: Garden Warfare's Xbox One and Xbox 360 release dates have officially been pushed back to February 25th for those who are interested. While this shouldn't be much of an inconvenience, we hope that all the kinks are worked out by then to have a superb co-op experience.