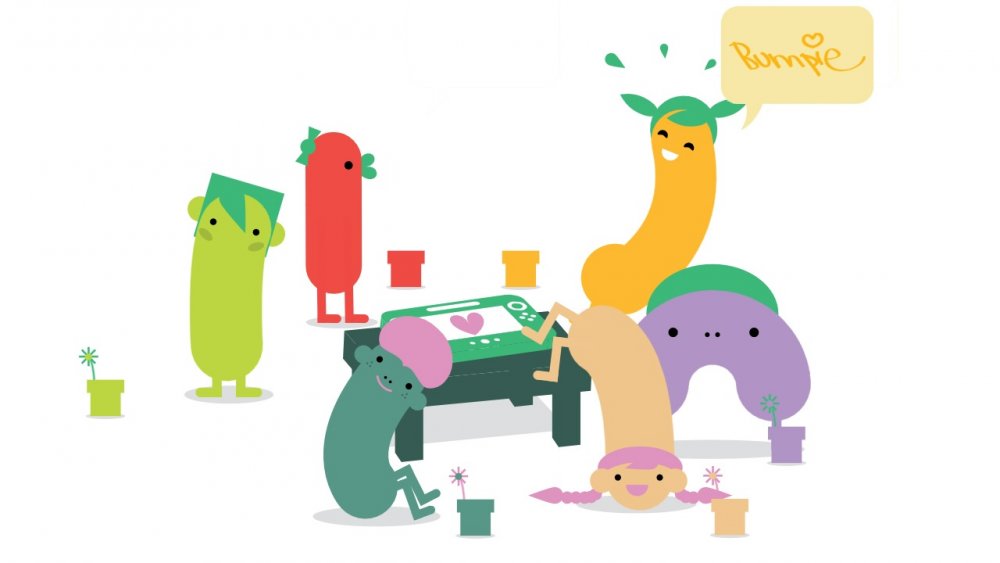 You may have got to the age that you no longer worry about embarrassing yourself.  In fact, you kind of revel in the uncomfortable silence that surrounds you are you walk into the room in only your underpants.  Well, put your trousers back on this instant because there is a more wholesome way of embarrassing yourself with the new Bumpie's Party DLC coming to Spin the Bottle.

The DLC is due out on February 13th, so just in time for a Valentine's shaming.  Whilst our hands on time with the game showed different uses of the WiiPad, the new DLC concentrates on using the GamePad's camera for maximum cringe worthy entertainment.

The DLC is free for people who already own the game, but when it is launched it will become part of the full package and the price will increase i.e. buy the game today for $8.99 or wait until the 13th and get it for $11.99.  The DLC has six new mini games:

The games are a mixture of versus and team based co-op.  Act Like An Animal has someone using the camera to pretend to be a beast, whilst their team must guess what they are.  Body Twist has someone being filmed on the camera, whilst the other members of the team need to press certain body parts - titillating and a little disturbing in equal measure.

Spin the Bottle has games that can be up to 8 player local co-op, so grab yourself a Wii U and 7 willing friends - good luck on that!