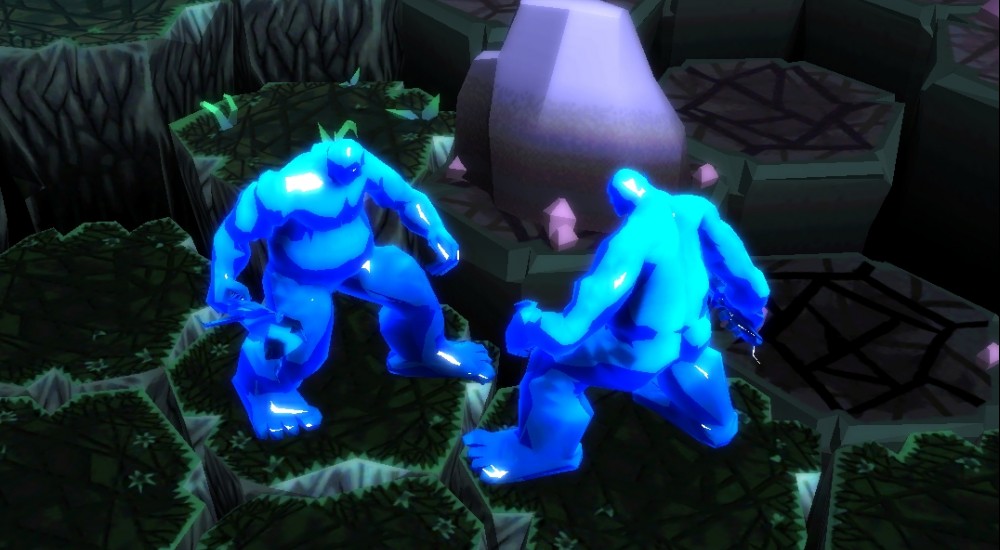 The creator of XCOM, Julian Gollop, is now working on reviving his 1985 ZC Spectrum game, known as Chaos: the Battle of Wizards, into a brand new title called Chaos Reborn.

If you've never heard of the original game, Chaos: Battle of Wizards was a turn-based strategy game that had a player assume a wizard character. They would be forced to fight in an arena with other wizards, where only one would be left standing in the end. Gollop, having invented the game, began to realize its full potential not too long ago and decided to reboot it for the current generation. He speaks about it on his official Chaos Reborn page on Prefundia:

"In my 30 years of game development, after many critically acclaimed projects, I think the original Chaos stands out as a game with unrealised potential. I have spent the last year working on Chaos Reborn, writing the game design, creating a playable prototype and building my team."

Like its predecessor, Chaos Reborn will also be a turn-based strategy game, with some RPG elements added on the side. A single-player campaign will be featured, were players battle their way through the "Realms of Chaos", along with some other game modes, such as: a two-to-six player multiplayer competitive mode and (what we have set our eyes on) a co-op mode for the main campaign. A list of features this game will offer, like deep character customization and dozens of spell/equipment options, was revealed on the page as well:

Here is a brief summary of the game features:

64 unique spells, including 24 creatures - from dragons to goblins - fully animated in the 3D Unity Engine.
Classic spells from the original Chaos - including the Gooey Blob and Magic Wood.
Summon creatures as illusions for 100% success, and use Disbelieve spell on suspected enemy illusions.
Manipulate the balance of the universe between Law and Chaos to your advantage.
Procedurally generated 3D battle arenas with various types of terrain, and different levels of elevation.
Configure your spells and equipment for your wizard character before entering battle.
Collect gold on your quests to spend on equipment, rare artefacts and spell books.
Hundreds of different types of equipment to collect in your adventures - including staffs, body gear, headgear, magical artefacts and spell books.
Procedurally generated Realms of Chaos for your adventures, guaranteeing a unique experience on every quest.
Multiplayer online matches - asynchronous or live - with online rankings, tournaments and prizes.
EXTENSIVE CO-OP OPTIONS, for multiplayer matches and also while adventuring in the Realms of Chaos - invite a friend to help you with a difficult battle and share the rewards.
Guild system with guild rankings and guild tournaments.
Trade items and equipments with your friends or guild members.
Level up your wizard and gain status, aiming to ascend the ranks becoming a Wizard Lord, a Wizard King, a Demi-god, and maybe even a God of Chaos, bestowing favours and blessings on your followers.
Classic Chaos mode - fully random battle set-up with random selection of spells.

As the development continues for Chaos Reborn, Gallop did mention that he will be starting a Kickstarter campaign for it soon. If the crowd funding goes well, we may see an iOS version be made into the works as well. He also mentioned that the project will likely be out within this year on Mac, PC, and Linux, which is pretty great news to hear! More than likely, it'll be out closer to fall.

What do you think of Chaos Reborn so far? We hope to learn more soon regarding the co-op mode as we move forward into this year.