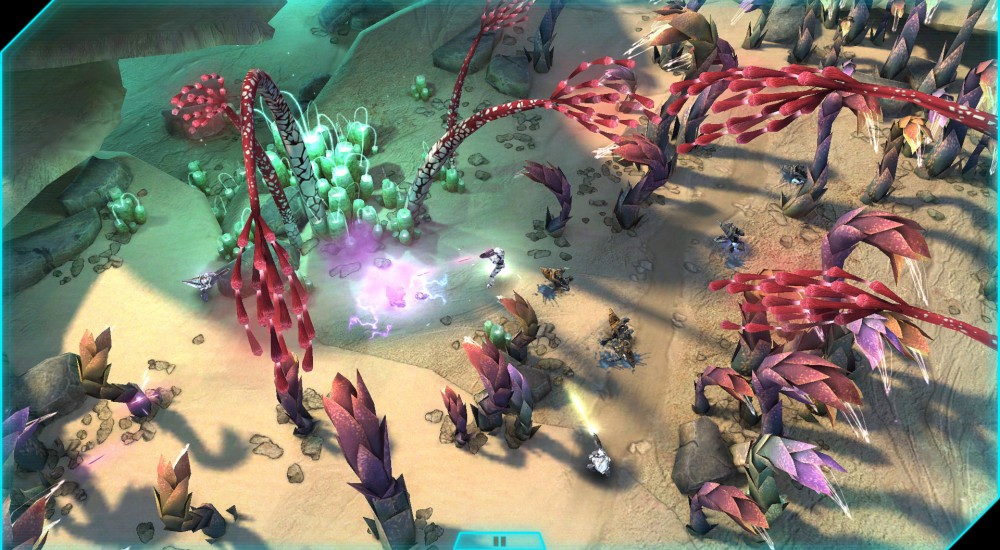 Covenant and humanity clash once again on the battlefield today in Halo: Spartan Assault, now available on Xbox 360! Grab this fantastic twin-stick shooter with a friend and go all out.

Halo: Spartan Assault can now be purchased from the Xbox Live Marketplace for $14.99. Featuring 30 action packed missions, with an optional, 5 mission, online co-op mode to boot, this game should keep fans of the Halo franchise occupied for quite a while. Additionally, the "Operation Hydra" expansion pack will be included in this version, though only for the single-player campaign. Remember: those of you that purchased the game for Windows 8 or Windows Phone 8 before December 13th last year will be able to get a discounted version of the game for a measly $4.99 (a steal, if you ask us). More info about this deal can be found on Halo Waypoint if needed. Here are some of the key features for those new to the game, or are interested thus far:

Please be aware, however, that that Xbox 360 version's co-op modes will not work with Xbox One players (their version came out on Dec. 30th). Read our full co-op review here for more information.