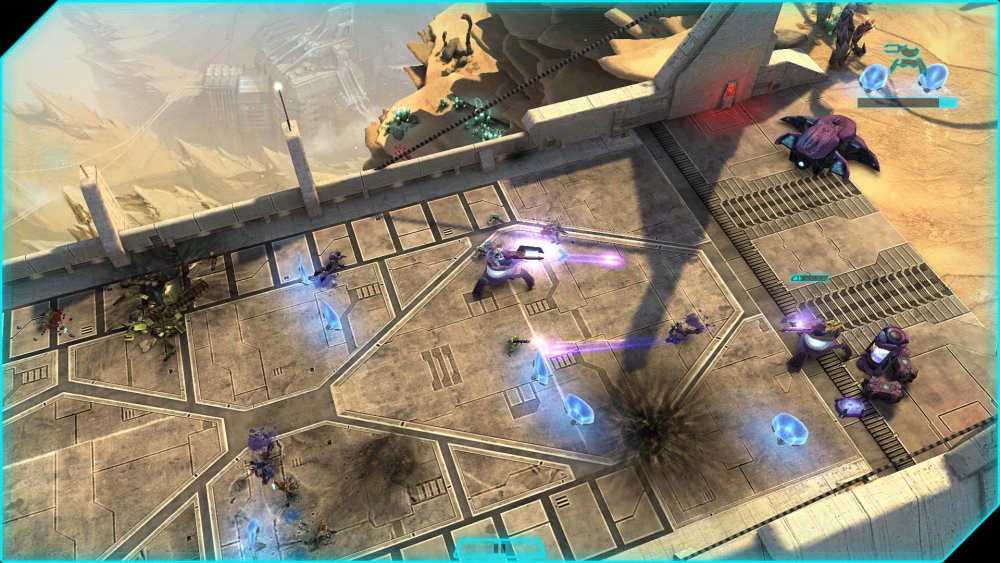 Soon, Windows 8 and Windows Phones won't be the only devices to carry Halo: Spartan Assault. 343 Industries finally revealed the release date for the game, coming to Xbox One just before Christmas.

For those that aren't aware of this game, Halo: Spartan Assault is a fine twin-stick shooter that has decent replay value and a good co-op mode. It was released on Windows 8 and Windows Phone 8 earlier this year, but many fans of the game were eager to play it on the next generation of consoles. While we confirmed that it would come to Xbox One some time ago, we now have its official release date set for December 24th (Xbox 360's will be coming sometime in January 2014). This new version Halo: Spartan Assault will be in native 1080p resolution and run a buttery smooth 60 fps. Among the new weaponry and the "Operation Hydra" add-on included, a brand new online, 2-player co-op mode will also be present. Executive Producer, Dan Ayoub of 343 Industries had this to say in regards to this mode:

"We're really excited about the Xbox One version of "Spartan Assault," as this came to be due to strong demand from the fan base. The Xbox One version will feature all of the modes and content from the original mobile version (optimized for your console), including the "Operation Hydra" add-on. In addition, we are introducing a new co-op mode that will allow players to play together in some pretty frantic gameplay versus an old enemy.

Co-op will work through Xbox Live and will allow you to play with a friend. We wanted to do something completely new for the game that featured really crazy action against waves of enemies. For this reason, we’re putting you up against the Flood! Players will work together against huge waves of enemies bearing down on them. The mode is heavily focused on teamwork and victory can only be attained by working together. Co-op is a ridiculous amount of fun, and people in early testing have really enjoyed playing it."

Xbox One gamers will be able to grab this co-op gem for only $14.99. However, anyone who has the game bought on their Windows devices before December 15th will get a discount on the console version, bringing down to only $4.99. Not a bad deal, we might add! Finish out this read with a sweet release date trailer: