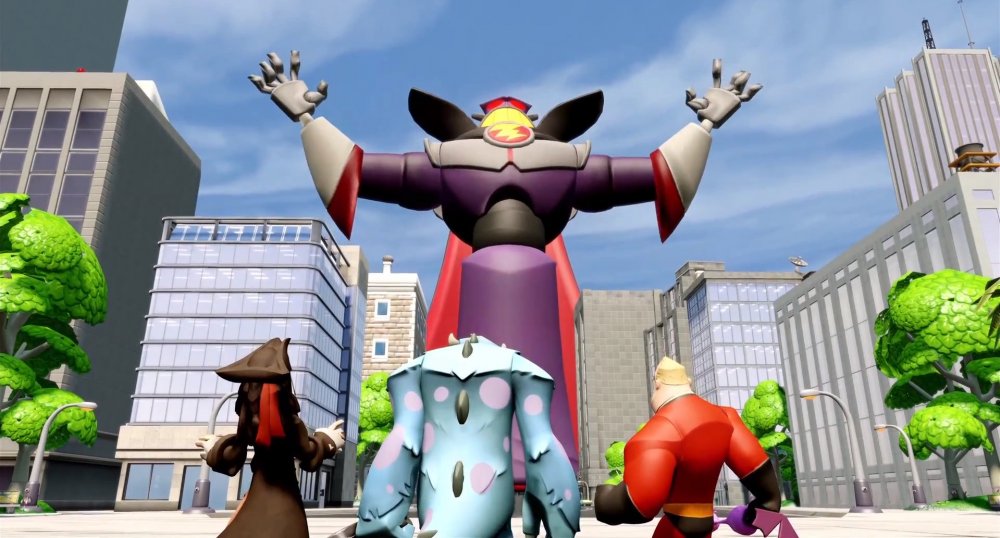 The gaming arm of Disney is doing pretty well these days. Driven by sales of Disney Infinity, Disney Interactive posted revenue of $403 million during the last three months of 2013, a 38% increase from the previous year. Epic Mickey 2 isn't responsible for the rise, it's those meddling plastic toys!

In January 2014, Disney announced that Disney Infinity had sold three million units worldwide, pumping up the studio's operating income by $46 million and securing the game as one of the best-selling titles of 2013. This was partially due to the heavy use of expansion packs that sell for around $30, each one themed around a Disney franchise. Players nab the expansions, "scan" the toy figures into the game and unlock tons of new characters and content to play around with. Nothing new to the gaming world, but when you combine Disney stuff with real toys and allow characters from Monsters Inc. and Pirates of the Caribbean to run around together, suddenly everybody's interested.

With all the money flowing in, it's no surprise that Disney Interactive is already working on Disney Infinity 2. The sequel will include characters from the Marvel and Star Wars universes, which should pretty much make it a money printing machine. Make some space on your shelf for the toys you'll acquire.