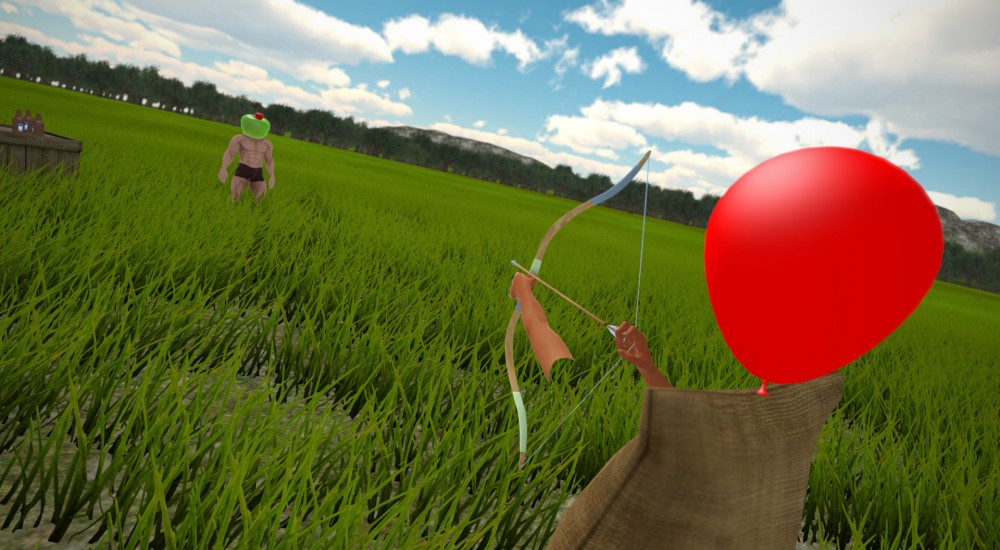 There comes a time when you have to fight off a giant pumpkin using only your super accurate hand and finger movements. That time is when you play Probably Archery, and you can do it today. Probably Archery gives players tons of control over the small details and hand movements of using a bow, and places you in ridiculous situations. Shoot a hangman's rope, kill some flying eggs in a china shop, and fight apple-headed warriors... in space!

The game features five player co-op in the form of a horde mode, as well as a team deathmatch multiplayer mode. There are also modes that allow you to arm yourself with cricket bats or a gun, and play soccer (with said gun) and fight zombies in a game called "Zoccer" (Zombie Soccer).

The game is reminiscent of Receiver, but instead of having control over a firearm you have control over your hands and arms. It's a nice technique that could be considered simulation, but with the added fun of apple-headed warriors, the whole thing is just a blast. Probably.