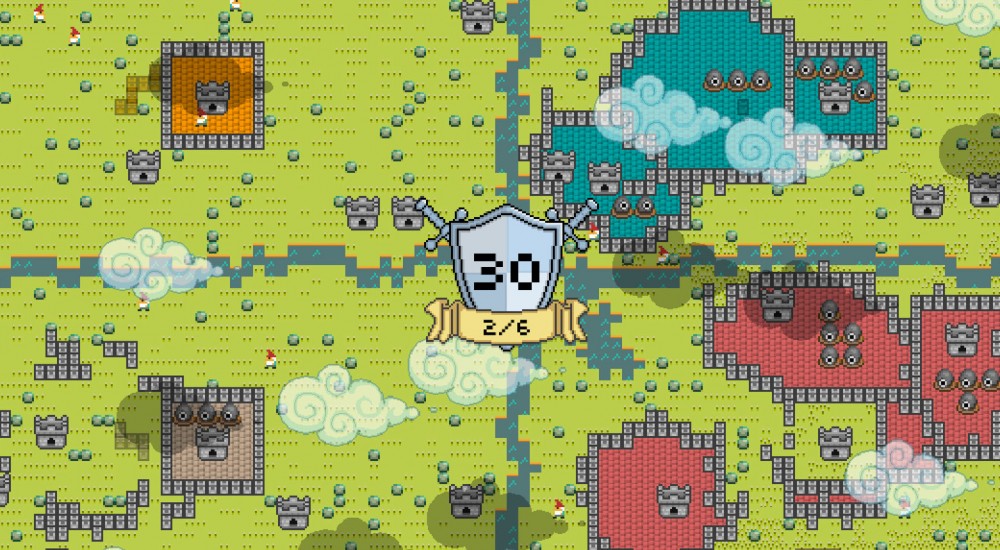 This indie title slipped off our radar last fall, but it hadn't been forgotten, Castle Chaos is a local multiplayer game for up to four people, or you can team up with friends to take down A.I. enemies. Anyone who remembers Rampart from the olden days of gaming may find the title's action quite familiar. Build up your castle using "Tetris-like" pieces, place some cannons inside, and blow up your neighbor.

While the game currently only supports local co-op, the developer is working on adding online co-op as well. The developer decided to include that feature after the community voted on it (and once enough copies of the game were sold). Over at Odd Comet's website, the developer has a list of features that could be added to the game, and the community can vote for what should be next.

Castle Chaos is available for PC, Mac, and Linux via Steam for $7.99.