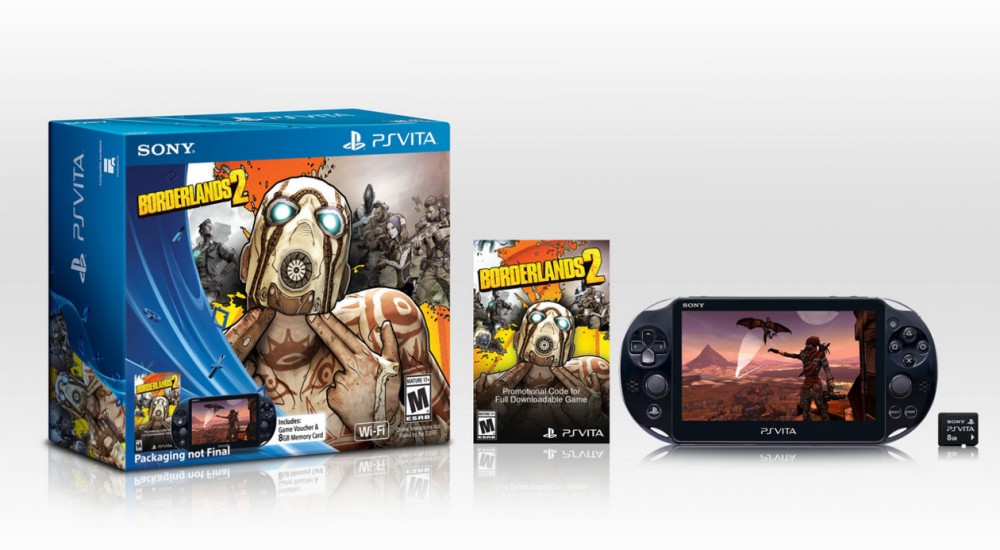 We told you guys last summer that everyone's favorite vault-hunting sequel, Borderlands 2, would be coming to Playstation Vita this year. This week, Sony not only announced a Vita bundle for the game, but also that said bundle would come with the new Vita Wi-Fi model, the slim PCH-2000.

The Borderlands 2 Limited Edition Playstation Vita Bundle will come with the PCH-2000 Wi-Fi Vita in black, a Vita version of Borderlands 2, an 8 GB memory card, and six Borderlands 2 DLC packs. The MSRP for this bundle is a very reasonable $199.99. As an exciting note to current Borderlands 2 players on the PS3, Sony has said that players will be able to cross-save game progress on the Vita with their PS3.

The Borderlands 2 DLC packs that come with the bundle are as follows:

As for details on the new slim Vita, this model is about 20% slimmer and 15% lighter than the previous Vita. It comes with 1 GB of internal memory, and a 5-inch LCD touchscreen (the previous Vita's screen was OLED). The battery life has also been extended on the newer model, supporting 4-6 hours of gameplay (up from 3-5 hours of gameplay). Below is the PCH-2000 announcement video:

The Borderlands 2 Limited Edition Playstation Vita Bundle will be out sometime this Spring, alongside the Vita version of Borderlands 2. Borderlands 2 on the PS Vita will support up to 4 players in online co-op play.