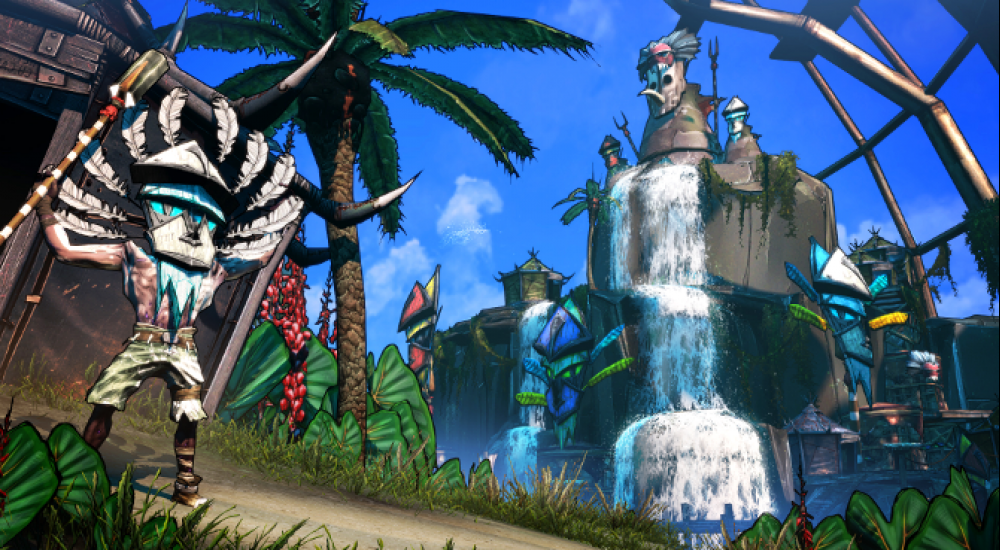 We previously reported the Sir Hammerlock Versus the Son of Crawmerax DLC would be coming out sometime in April, and now we have an exact date, along with gameplay and some tasty screens. The final dlc in the Headhunter series for Borderlands 2 will release on April 15 for PC, PS3, and Xbox 360, and on April 16 for PS3 in Europe. Gearbox is saying it's the largest headhunter pack yet, and it will cost $2.99/€2.99/£2.39. You can watch the 18 minute gameplay here:

Players start off relaxing at a vacation spot called Wam Bam Island when Sir Hammerlock is suddenly kidnapped. Soon, the vault hunters are on a mission to get him back, and wreck some stuff in the process. The final boss in the DLC is Crawmerax Jr., and like other Headhunter entries will feature new skins for each character.

Check our full review of Borderlands 2 here and be on the lookout for Sir Hammerlock Versus the Son of Crawmerax in mid April.