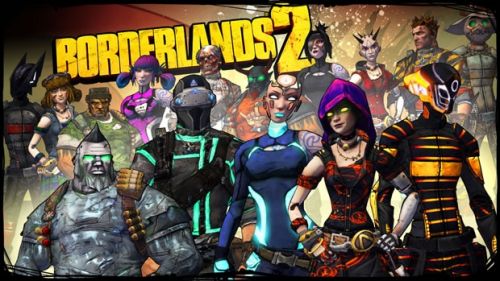 Admit it, you saw this coming from a mile away. With all the cool (and not-so-cool) player skins available for the five classes in Borderlands 2, it was only a matter of time before Gearbox started charging us for some super-cool new heads and threads. Gearbox just announced 15 new player skin and head combinations. That's three for each character, if it's too early in the day for you to math.

The new combinations come in three flavors; Domination, Madness, and Supremacy. They include spiffy names like the "Infern0" head and "A Cleansing Fire" skin for the Assassin, the "ZerkerBot2000" head and "Skin of Steel" for the Gunzerker, the "Throatcutter" head and "A Quick Death" skin for the Siren, the "Horned Child" head and "Bring Our Your Dead" skin for the Mechromancer, and the "Ex-Axton" head and "Delicious Flesh Skin" for the Commando. All five Madness skins can be seen after the break. Each new head and skin combo will cost you 80 Microsoft points or $0.99. I grabbed a fistful of singles and made it rain all over my sexy console of choice. Then I "enumerated" some "downloadable content offerings" (Gearbox's words, not mine) and checked out some 'Zerker skins. Once you buy them they magically appear in the character customization options. Honestly, they're pretty boss, if you're into customizing characters in first person games. Since my wife and I play Borderlands 2 locally via split screen, it works for us.

These items are not included in the Season Pass. For more recent Borderlands 2 news check out our impressions of the latest campaign DLC: "Sir Hammerlocks Big Game Hunt."