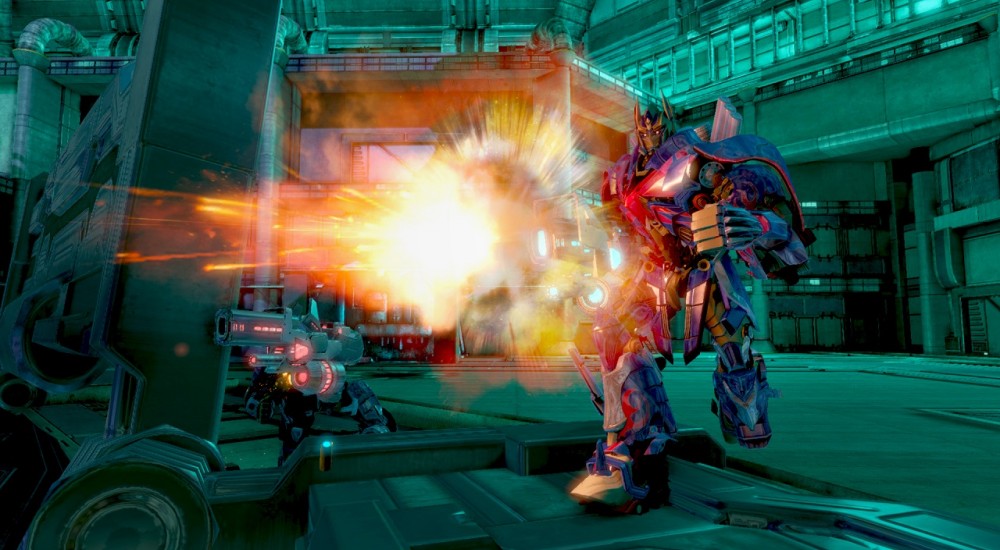 A tie-in game to the upcoming film release of "Transformers: Age of Extinction" called, Transformers: Rise of the Dark Spark has been announced by Activision and Hasbro. In it, players may find the need to team up once again for a returning, fan-favorite co-op mode.

Announced over this weekend, the game is being developed in correlation with the upcoming film scheduled for this summer. Rise of the Dark Spark will be taking many of the favorite aspects players took away from the Cybertron series and will be molding them into their third-person, action adventure title. Almost every major current and last generation platform will have their own version available as well, for those of you still holding off from the current hardware. Over 40 different Transformers from two different universes will be playable in this game, and should give avid fans of the series out there truly something to drool over. As the Autobots and Decepticons fight over a mysterious, powerful new artifact called the "Dark Spark", players will need to switch between the two factions to experience the entire, epic story. Mark Blecher, SVP Digital Gaming & Corporate Development  at Hasbro, Inc., commented on the huge milestone this series has reached (30th anniversary this year, wow), and one of the many reasons this game is currently in development:

“Transformers: Rise of the Dark Spark is an arc between the Cybertron and Earth based worlds of this popular franchise. This year marks 30 incredible years of TRANSFORMERS.  This game tells another chapter in the TRANSFORMERS story that all fans will love.”

As for the co-op aspects being featured, highly popular mode from the Cybertron series, "Escalation", a 4-player online, wave-based survival mode will be included. Within this mode, there will be a brand new upgradable defense system implemented, tons of recognizable enemies from the Transformers universe, and a much larger roster of playable characters from the entirety of the series. Furthermore, a new leveling system will meld both the single player and multiplayer character progression into one development path. This means that at any part of the game, any unlocked characters, weapons, special abilities, or consumables, can be used for either mode!