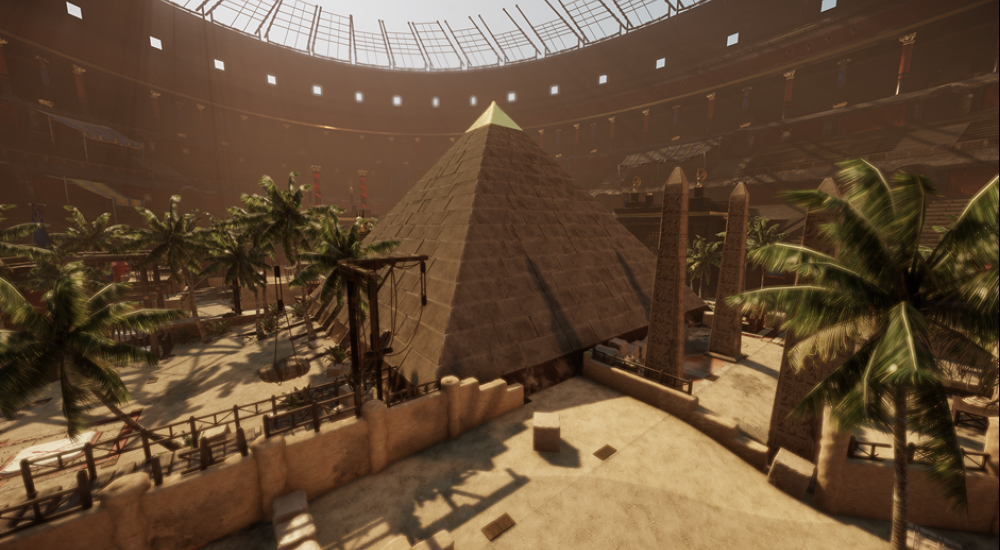 Ryse: Son of Rome is receiving great honor from the gods in the form of some sizeable DLC.  The Mars’ Chosen Pack features a new co-op Survival Mode, new maps, and a new Legionary character skin.

Survival is classic horde style, pitting you and your co-op partner against endless waves of enemies. Unlike shooters with health packs or constantly regenerating health, the only way to regain your lost blood is by executing quick kills and executions. Rewards grow in size the longer you survive, but so the damage you take also increases, so one must keep balance. The pack includes five maps, two of which (Firestorm and Dockyard) are specifically for Survival. The Courtyard map is now playable in Survival Mode, with the two remaining maps, Pyramid and Obelisk, giving you new terrain for the classic Arena Mode.

The content launches on February 28 for $8.99 (or free via the Season Pass), but to get gamers excited, Xbox has announced sales on all things Ryse. Through Feb 24 the Games on Demand version of Ryse: Son of Rome will be $39.99, and from Feb 25 – 27 discounts will be announced each day. Check out our full review of the game here.