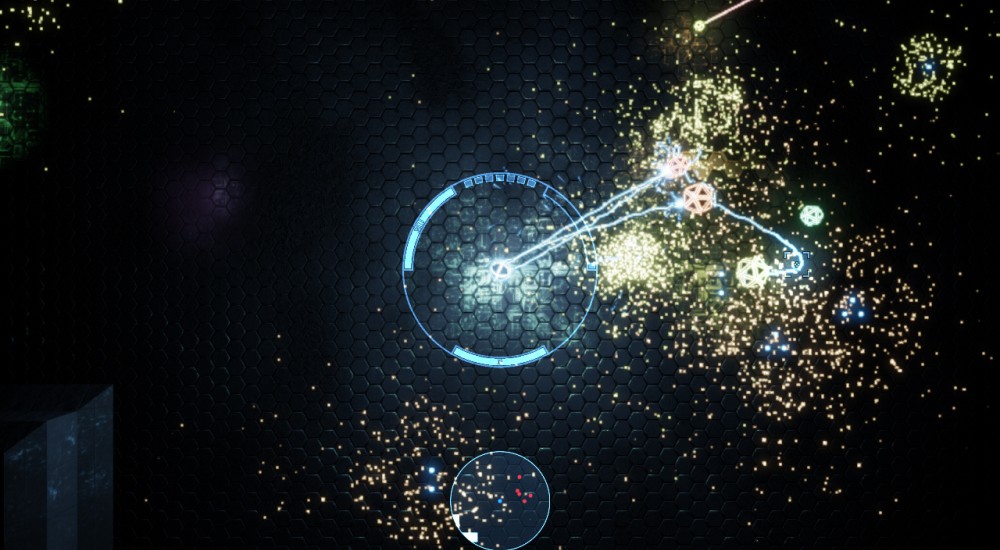 The once veritable abundance of twin-stick shooters has slacked off a bit since Geometry Wars first hit the scene. That's not to say there haven't been some great ones released, but they're getting fewer and far between. Fortunately, there's another gem on the way that combines twin-stick shooting and cooperative gameplay with an unlikely element: rogue-like.

Waves: Arena Tactics is a sort of sequel to the original Waves, a twin-stick shooter with a couple unique features of its own and some great visuals. It was, sadly, a single-player only affair. Arena Tactics, though, is bringing cooperative gameplay along with RPG and rogue-like elements. Squid in a Box, the game's developer, has just announced the inclusion of a gameplay mode called "Dive" where up to 3 players can team up to attempt to make it as far as possible through procedurally generated levels.

Curious what that looks like? Check out the sneak peek we were provided below.

A full demonstration of this mode can be seen this Saturday, February 22, at 5 PM EST on Squid in a Box's Twitch.tv channel. The live stream will be in support of the game's Kickstarter campaign that currently has just 8 days left. We spoke with Robert Hale, the one man team behind Squid in a Box, and he said that the game will be making its way to release regardless of the campaign's success, but the money raised by it will help ensure many features of the game are available sooner.

There is currently no set release date for the game, just some time later this year. Waves: Arena Tactics will be released on PC and will be available through Steam.