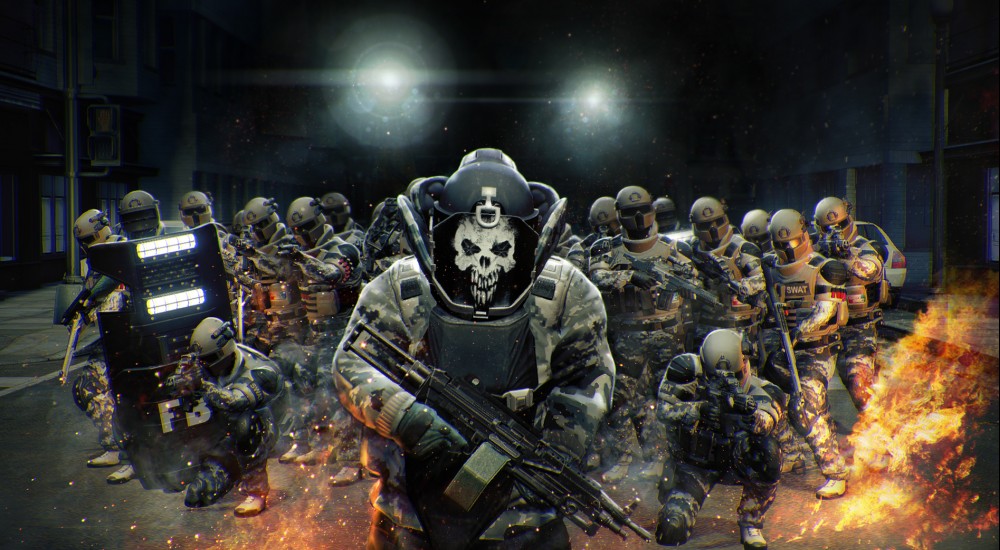 Developers Overkill Software and Starbreeze Studios released an all new PAYDAY 2 DLC last week to give players even more bang for their buck. The "Death Wish" DLC is available for free and comes with all new modes, enemy types, and a loads more.

The free "Death Wish" DLC added all new items to this already great co-op shooter. First and foremost, the new difficulty mode the update was named after, "Death Wish", brings entirely new elements to each level by randomizing each mission's environments and landscape. Each time a mission is played, the new settings forces players to adjust their strategies and tactics immediately. Things such as bridges being collapsed when they normally should be untouched, or new skylight opening in rooftops can change movement and defensive options entirely. Within "Death Wish" mode, cooperation between you and your teammates is more important than ever.

The other big addition are the two new enemy types players will encounter: GENSEC Elite SWAT's and the Elite Bulldozer's, wielding LMG firearms like badasses. Both of these units don't screw around at all in taking your team down, so don't take them lightly. Check out the trailer below to see them in (comedic) action:

Four new masks (shown below), along with the "350K" brass knuckles weapon, 35 all new achievements to unlock, should keep players busy for a good, long while yet. As of now, no word on if the console versions will be getting this update too (Xbox 360 is still months behind PS3 in updates). This DLC, however, is only the beginning for Starbreeze Studios for the coming months. Bo Andersson Klint, CEO of Starbreeze, also announced that their studio has signed a new agreement with 505 Games. In this deal, the developer will be allowed to continue to work on releasing more than the originally agreed upon limit of 5 game add-on's. This bit of news should be a true testament to the PAYDAY 2 gaming community and the support they've given the game and the development studios since release. Klint had this to say about the announcement:

"The new improved contract, worth six million US dollars, gives us the security to, for the next 20 months, focus on developing and refining Payday 2 so that it becomes the best co-operative gaming experience available on the market, with many more add-on packages and other exciting events planned."