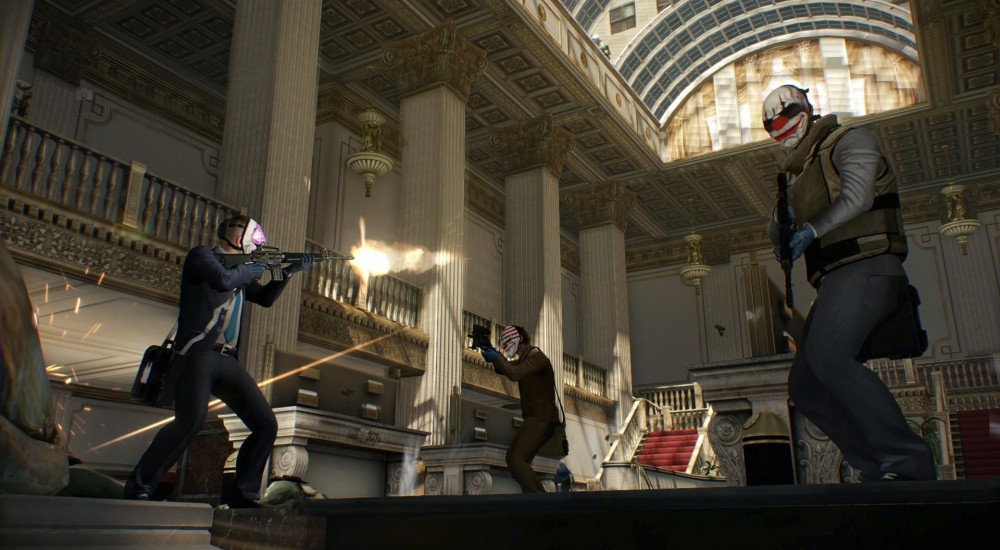 A solid soundtrack capturing the intensity of committing a crime is absolutely necessary when playing a game such as PAYDAY 2. Thankfully, the Crimewave Edition will have all the soundtrack features needed to keep a player's adrenaline pumping during the numerous stealth situations and intense firefights.

One of my absolute favorite aspects of PAYDAY 2 is the constant shifting of different tracks in the middle of a mission, capturing the tone of any situation at hand. One minute your team is trying to stealth its way through a mission and then something goes wrong; pressure begins to pick up. The large amount of rock and electronic music is used throughout the game to deliver  dynamic, heart-pumping action that can be truly addicting to hear. In the recently released "It Has to Sound Good" trailer, PAYDAY 2's Music Composer, Simon Viklund, describes some of the ways players can enhance their soundtrack experience within the Crimewave Edition:

The 'Jukebox' feature gives players the ability to choose which tracks they'd like to hear through a mission, whether they're native to the mission itself or from an entirely different mission altogether. Players can even create their own custom playlist of tracks beforehand to use, rather than select from the mission specific tracks. I know that my personal favorite PAYDAY 2 track, "Full Force Forward," will probably be on constant repeat when I play the game next month. PAYDAY 2: Crimewave Edition allows for up to 4-player online co-op. Will be arriving this June 16th on PS4 and Xbox One. Don't forget about the 25% discount going on for preordering the game, which also gets you a bunch of in-game rewards.