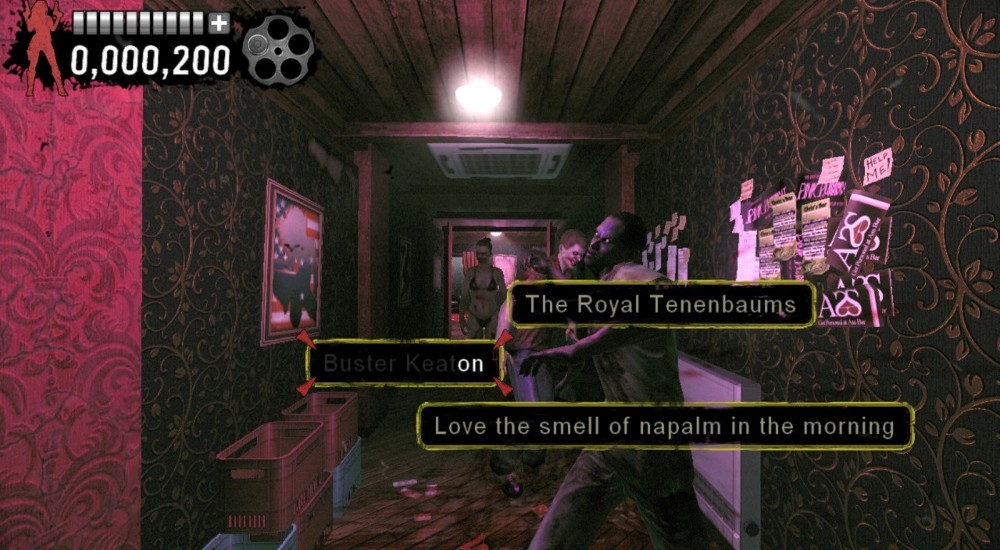 Zombies are weak to four things: healing spells, fire, piercing blows to the general skull area, and perfectly typed phrases. The Typing of the Dead: Overkill, a modernized take on the original Typing of the Dead, opts for the latter. The latest piece of DLC is packed full of movie quotes for that extra anti-undead one-two punch!

Silver Screen DLC replaces the randomized words and phrases with snippets trimmed from cinema's finest feature flicks. Some movie-related names and phrases are also thrown in there, just so you don't have to type out the whole phrase "Dave, although you took very thorough precautions in the pod against my hearing you, I could see your lips move." every time you want to kill a friggin' zombie. The Silver Screen DLC is the third add-on to appear for Overkill, following the just as sensational Shakespeare DLC and Filth DLC. Yeah, Filth replaces the words with filthy phrases. It's like your very own "daddy's home and he has the bottle that has a funny smelling liquid in it" simulator!

If you weren't around to laugh/salivate over Typing of the Dead when it was released in arcades and on Dreamcast around the turn of the century, here's a quick refresher. Sega decided House of the Dead, an on-rails lightgun shooter, was really fun. What's cooler than a plastic pistol, though? A keyboard! Typing of the Dead replaces shooting with typing, allowing players to defeat zombies by rattling out words and phrases that appear below the enemy's rotting corpse. Get it right, get a kill.

The Typing of the Dead: Overkill as well as its DLC add-ons support two player online co-op.