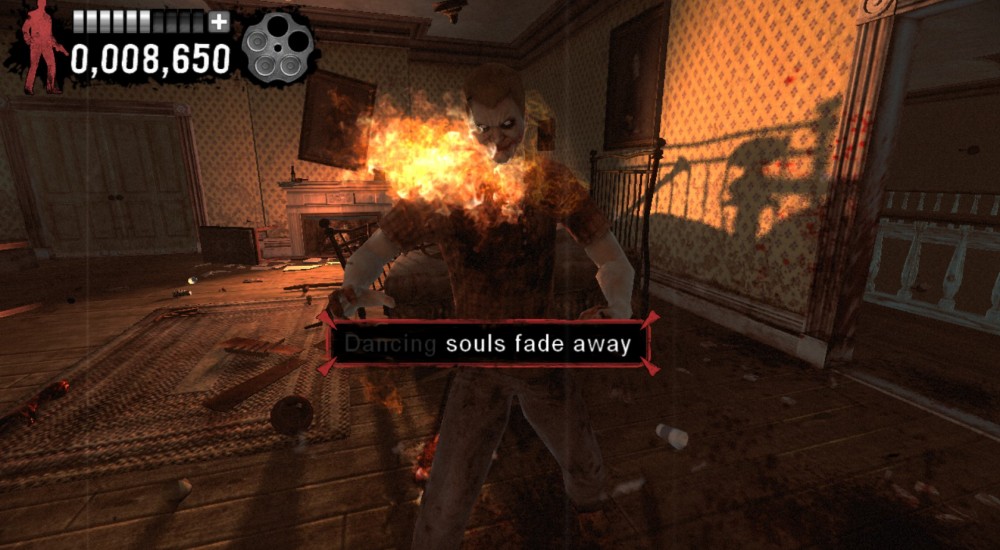 We love Typing of The Dead: Overkill's wacky style. When the original launched, typing phrases like "Ample buxom" and "Is it too late to shake hands" always had us giggle as we shot off the heads of various zombies. Then the Shakespeare DLC was released and we were suddenly trading horses for zombies heads (instead of kingdoms) all while washing blood off our hands. When things couldn't get any better, the Silver Screen DLC dropped and we were typing our favorite one liners from Apocalypse Now and Die Hard. Just when we thought developer Modern Dream reached the top, they go one step further.

Now we meet the Dancing with the Dead DLC, which features lyrics from popular songs that you've more than likely heard of. Available now on Steam, the DLC features lyrics from artists such as The Clash, Will Smith, House of Pain, and Rush. Added with the lyrics are names of artists and various musical terms such as instruments or locations.

The DLC is $2.99 and available now. If you plan on picking this up, you can join Bobby McFerrin in saying "Here's a little song I wrote," though he probably didn't kill zombies while writing that down.