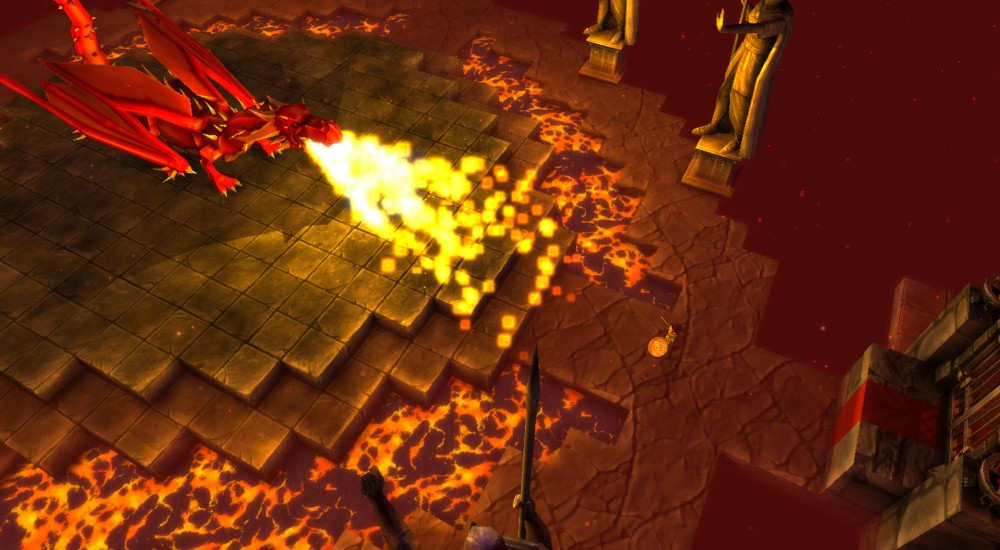 In short 10-15 minute levels, players can team in up local two player or online four player co-op to complete adventures in a non-linear fashion. During play, characters will be able to level up and acquire new items to help them on their journey. The benefit of having a non-liner game is that one can jump in with a friend to any given level, without having to follow a predetermined story or path. It's inviting to those who want to hop on for some quick fun, and also those who want to devote hours to the adventure.

Progressing through Fight The Dragon earns players tickets that allow them to enter the ultimate arena where they, you guessed it, fight a dragon. Interestingly enough, each player has their own dragon to battle, and every dragon as an enormous amount of health - it can't be done in one encounter. The dragon collects persistent damage, so it's an ongoing battle to keep coming back to.