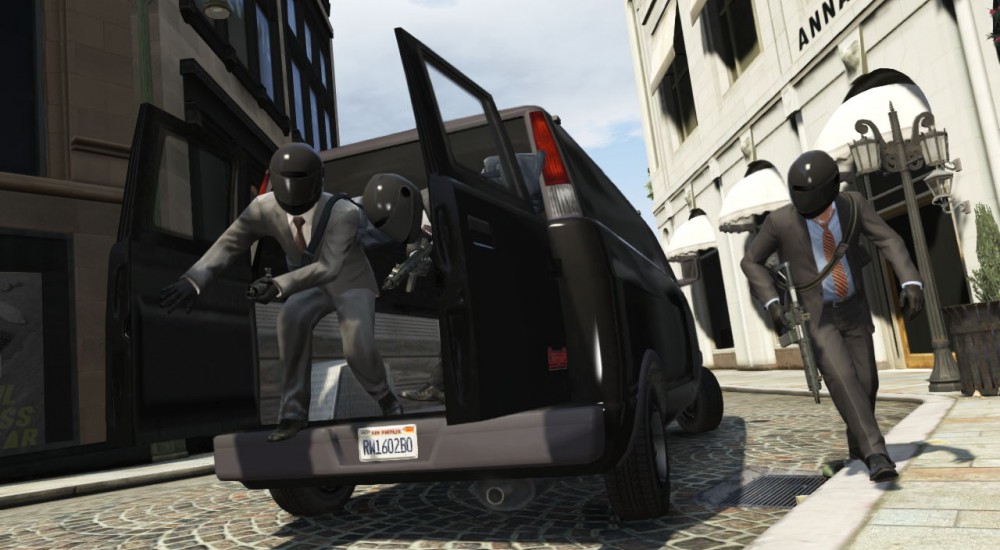 Remember those co-op heist missions Rockstar promised would be coming to GTA Online? The good news is that they are indeed coming, and fairly soon! The developer recently filled the community in on all the coming content arriving in the next couple of months, so prepare yourselves.

This spring and in the many months to come, new updates to GTA Online will be continually pumped out by Rockstar to keep things fresh in the Los Santos landscape. With the "Capture Creator" update arriving this week, along with the "High Life" Update to follow later on, we are very close to reaching our most desired feature: cooperative heist jobs! Here are some of the things we can look forward to this spring from Rockstar:

Capture Creator: This week, the GTA V community will have the chance to create their own "Capture" jobs, adding to the massive 3.5 million player created "Deathmatch" and "Race" already available. Creators will be able to strategically set up pick-up items around the map, choose the weapons allowed for the job, set a designated location for it, along with tons of other options for infinite possibilities. Rockstar might even officially highlight it if it's good enough, so work your creative muscles to the max! "High Life" Update: A big change included in this update is the ability for players to own more than one piece of real estate! Up to two properties can be owned at a time, so be sure they are in prime locations for future game sessions. They're going to need it to, as all new, high-end apartment options will be opening up, along with new jobs, a few new weapon choices (like the Bullpup Rifle), new clothing items, and vehicles such as the Pegassi Zentorno. Another addition which is kind of interesting is the "Mental State" player statistic, which lets players see just how passive or aggressive other players have been in past game sessions. Who knows, it might save players a buck or two!

Co-Op Heists: The jobs type that we have been waiting for since before GTA Online first went live, co-op "Heist" missions brings a crew of friends (or random computer mercenaries) to gain massive amounts of profit and satisfaction. It is stated to be here later this spring, so we'll definitely be keeping our eyes peeled for an official release date to come (we're already in April here, so it shouldn't be too much longer). No official date has been set. This is only the beginning for GTA Online too. Even more events, such as holiday-themed ones, and content updates are to come as the year continues to pass us by, including new Story Mode DLC's to look forward to. Rockstar will also be continuing to look into and address as much player feedback as possible as they have in the past. More recently, they have put themselves to work on some of the biggest concerns players have been mentioning the most, such a motorbike/cycle physics. Some of these include:

While these get patch in the coming weeks, Rockstar implores everyone to submit as much feedback as possible to create the best GTA Online experience possible. In the mean time, enjoy the game and await some of these stellar features to roll out very shortly.