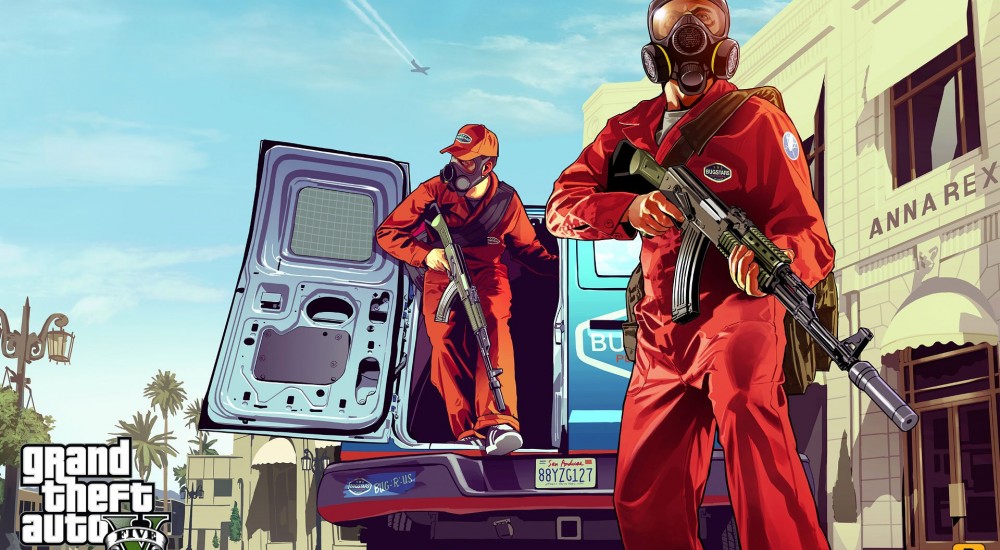 Tomorrow (or tonight for those of you that preordered), players will be able to return to Los Santos and Blaine County via the PS4 and Xbox One releases of Grand Theft Auto V! Amongst the various improvements being made to the game, there is one in particular that many of us have been waiting for some time to arrive. It may not be for very much longer!

Finally, in a blog post from Rockstar, we got word of some new release information regarding the much anticipated co-op heists found in GTA Online! Not to distract you from all the very impressive numbers and stats Rockstar throws around in the post, the true gem of information games from the confirmation of the release of online co-op heists. As stated, the first update to hit after the launch of the game will contain the co-op heist mode, along with a number of other undisclosed features. Yes, waiting to receive these co-op heists even before the release of the Xbox 360 and PS3 versions (over a year ago), we are finally getting them in the first patch of the game! Again, they'll be similar to the ones found in the single-player campaign, but with Online capabilities. No details on when the first patch will hit the game, but we'd suspect that it shouldn't be very long after the game releases tomorrow (early patches/bug fixes are common). More info on the content of the patch will be coming shortly from the blog.

If not for the amazing footage of playing the game in first-person, we'd say this takes a close second in what we're looking forward to in GTA V. What will be the first thing on your list to experience?