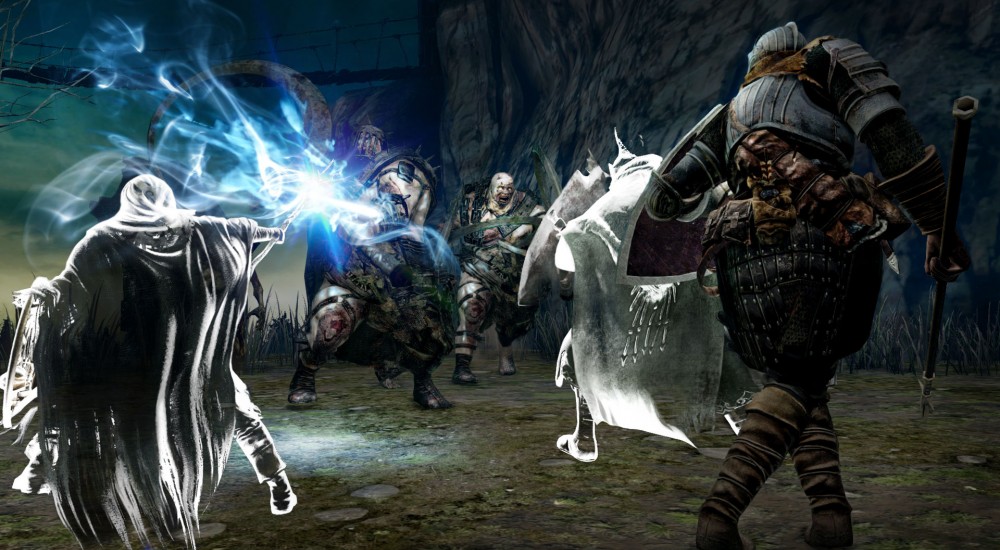 The PC folks have been waiting patiently for their version of Dark Souls 2 to arrive, coming this April 25th, while the console gamers have been playing since March 11th. The upside to the longer wait for the PC is that the game will have much better graphics than the consoles, as the developers promised.

Unfortunately, some consumer backlash happened when the console versions were released, as the game didn't provide the resolutions and framerates that were shown in various previews. However, for the PC version of Dark Souls 2, a native 1440p resolution is the name of the game here. It will be significantly better than the 2012 port of Dark Souls in the Dark Souls: Prepare to Die Edition (stuck at 1024x768), including multiple other enhancements such as texture quality settings, anti-aliasing options, SSAO, antisotropic filtering, higher-detail character models, etc. This should (hopefully) satisfy most of the PC Dark Souls community for their love of crisp graphics and potential to mod the game, but only time will tell. One other big improvement is the ability to rebind keys for the mouse and keyboard, which the original Dark Souls was also pretty bad at. The gallery at the bottom of the article shows a closer look at some of these option menus.

On the console side of things, a patch for the game will also be rolling in the next couple of days. This Friday, April 11th, players will be able to download the 1.03 patch for Dark Souls 2 and fix a whole lot of bugs addressed by the community. Please see the full list of patch notes here: