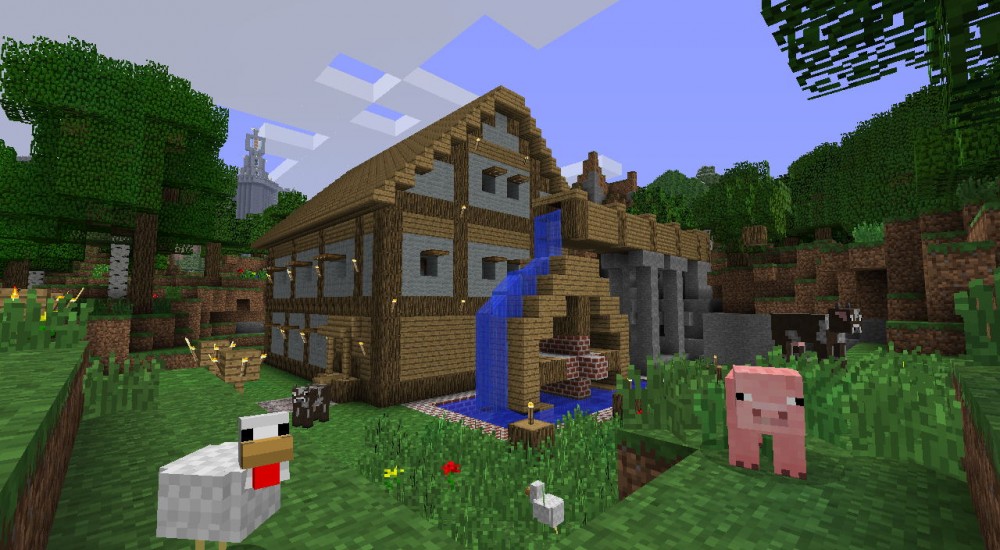 Are you concerned about picking up the Xbox 360 Edition of Minecraft, fearing the online population might be a ghost town? Fear not, friend. Figures revealed the Xbox edition of the popular world-builder number sales of over 12 million. Chances are high you can find a friend or two online.

Let's crunch some numbers here. That's 12 million units at $19.99 a pop. That's a whopping $239,880,000. Now I ain't a fancy-pants banker or nothin', but that's some "throw your weight around" kind of money right there. For comparison, the commercially successful Castle Crashers, a 4 player co-op game also released on 360, sold over 2.6 million copies. Chump change. I wonder if Markus "Notch" Persson, before releasing Minecraft, considered just how much money his cubical worlds would generate. One of the most popular games in the world and winning the hearts of children and adults, Minecraft has been the subjected to countless clones and plenty of games "inspired by" the original. While 360 Edition has done pretty well, it's a drop in the bucket compared to the total amount sold on PC, PS3, 360, and mobile devices. With versions headed to the PS4 and Xbox One in the future, Minecraft's legacy is far from over.