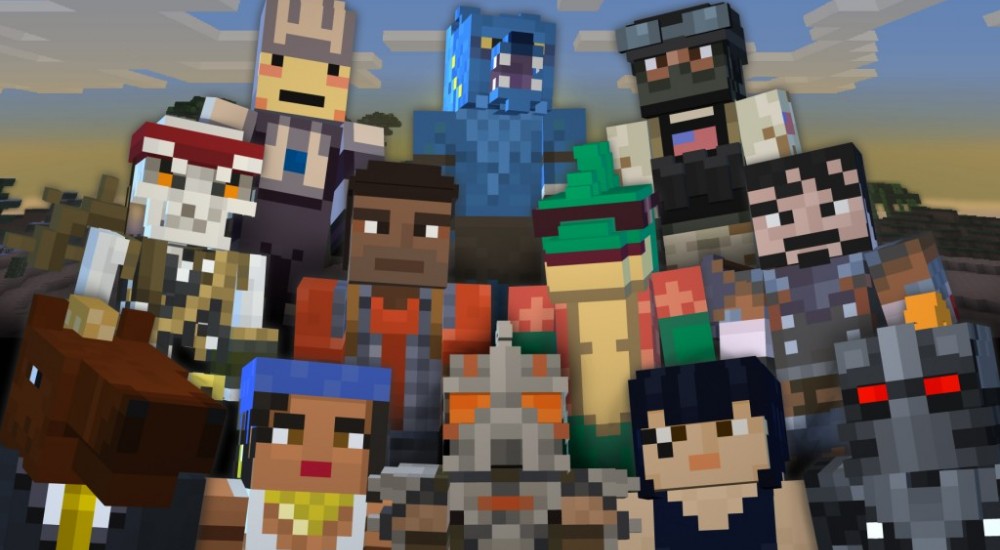 Since the massive popularity of Minecraft is still there, Microsoft has kept up with rolling out the Skin Packs for Minecraft Xbox 360 Edition! Today, players can purchase the 6th Skin Pack DLC from the online storefront.

Skin Pack 6 offers quite a number of character bundles from various IP's this time around, such as Mirror's Edge, State of Decay, Dragon Age, and Super T.I.M.E. Force. A bunch of modern day military personnel skins are also available in this one (for all you Battlefield/Call of Duty fans), as well as some wackier ones like the horse wearing a tuxedo. Like all the Skin Pack DLC's before it, Skin Pack 6 is being offered for only $1.99. Do check out the gallery and the preview video (courtesy of Youtuber Bigbst4t2) below:

Additionally, we've got a couple of screens of the Minecraft Xbox One Edition that's coming out soon. Just look at all the splendor a block world can become! These shots show off renditions of Andy Scott’s horse-head sculptures called "The Kelpies", located in Falkirk, Scotland. Due to the Xbox One versions increased view distance features, shots like this can happen without having to trek out into the distance of your worlds (which are greatly expanded anyways). For anyone that's curious about when they can get their hands on this come, this version is projected for an August release.