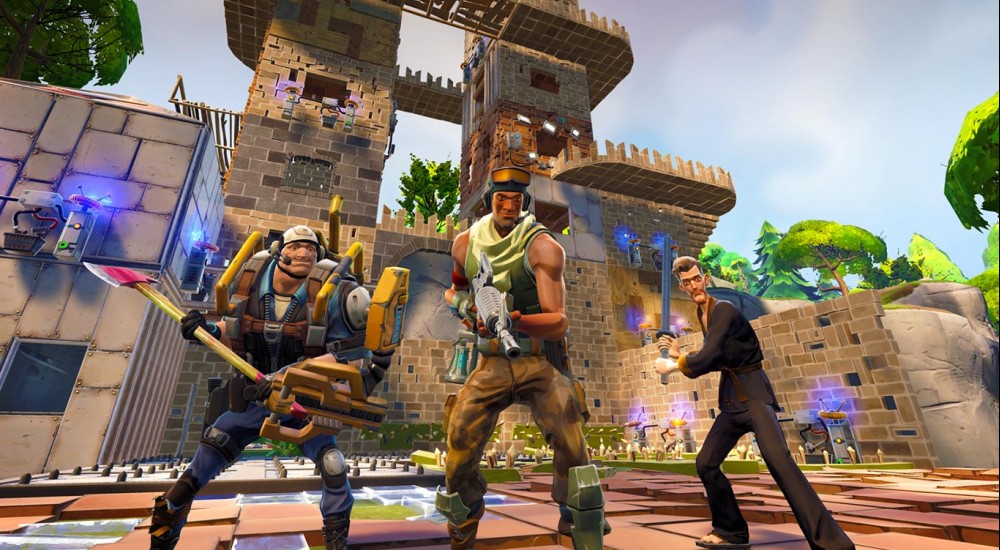 This month, GameInformer will be doing a bunch of coverage of Epic's upcoming title, Fortnite, to give us all a more in-depth look what the game and the developers are all about. For the time being, we have  a couple of trailers that shows off some long anticipated gameplay that we've been longing for.

Epic, though pretty quiet for some time, has been undergoing multiple projects over the last year or so and slowing moved out of the gaming industry spotlight. The last major event we heard about them was their signing away of the Gears of War license to Microsoft, but this is anything but a bad thing. They don't want to be known as simply the guys who made Gears of War, and that's where their co-op title, Fortnite, comes in. As they said it themselves: the want to show the world that they aren't just "one trick ponies". These two trailers show off a bunch of Fortnite's gameplay that's still currently in the works, giving us our first look at what we've only read about. like

First of all, the models we've seen in some of the images of game have changed slightly, moving away from being as cartoonish as we first saw. The game is played in a 3rd person point of view. At one point during one of the trailers, it looks like a player is building a stairway to heaven, which says to me that this game will be very focused on the sandbox elements (reminds us of Minecraft in a lot of ways).

As players work together to build their bases, looming in the future lies multiple engagements with an evil force called "The Storm", the source of the aggressive monsters. But the game isn't entirely all about defense. As players explore and gather resources, they will stumble upon ominous structures called "Gates", which help extend The Storm's influence in a particular area. Players will be able to lock down these Gates and cut off The Storm's control. The idea is to work as a group to connect bases, share resources, and survive long enough to shut down The Storm entirely. In short, this game is heavily co-op oriented, for sure.

The developers stated that the game will be coming sometime this year and will be free-to-play. How they will generate revenue for the game is still unclear, but they said that they want to make in-game purchases fair to the consumer. Taking cues from successful free-to-play PC games out there, like League of Legends and Team Fortress 2, Epic may do things like being able to purchase cosmetics or special weapons items for your characters, possibly even resource bundles. They did, however, make it clear that the game won't be based on "pay-to-win" game design, and that it should just be a satisfying experience whether you buy something or not.

All we can say is that Fortnite looks very interesting for cooperative play and might take some fans of both Minecraft and action-shooters and bring them together perfectly. We look forward to hearing more about the game in the coming months.