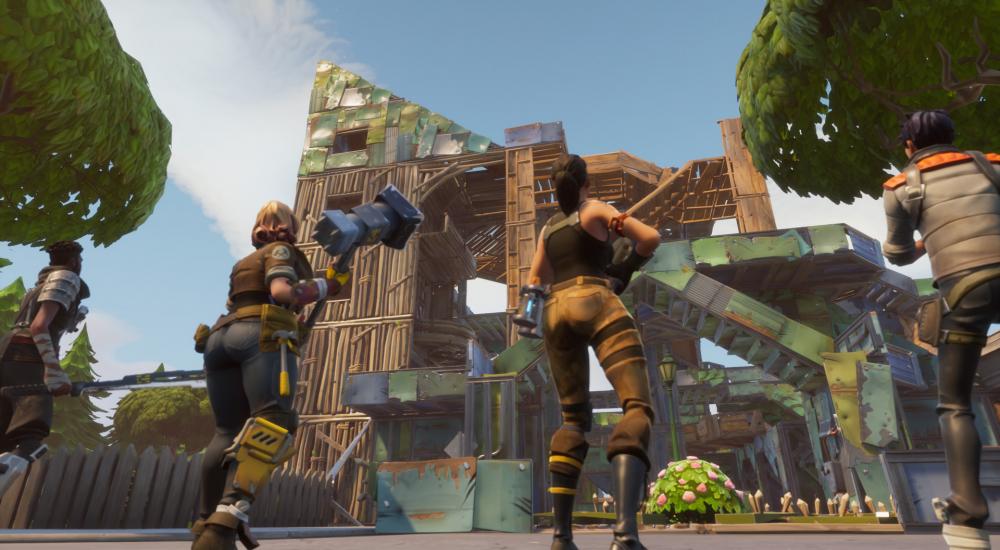 Amidst the multitude of stability patches this week and last, Epic had some bigger news about their third-person shooting/building title, Fortnite. A portion of the dev team is devoted to adding a new Survival mode that will challenge players to fight off the hordes of Husks for up to 14 in-game days.

The news came via a Dev Diary video last week as Executive Producer Zak Phelps and Creative Director Darren Sugg addressed the feedback they've received about game crashes across all platforms. The most recent series of patches, which have just about dropped daily since last Friday, have all been aimed at fixing those crashes and improving stability. Around the 3:15 mark they bust out the Survival mode news and it definitely sounds promising. The missions I've encountered thus far have largely been a variation of defending a single point for a set period of time, so having something with this sort of unique challenge where players will have to maintain a defense over the course of several in-game days could be fun. No specific dates are given for this big update, but they hope to get it out "end of August/early September."

Fortnite is still in Early Access and is available on PC, PlayStation 4, and Xbox One.