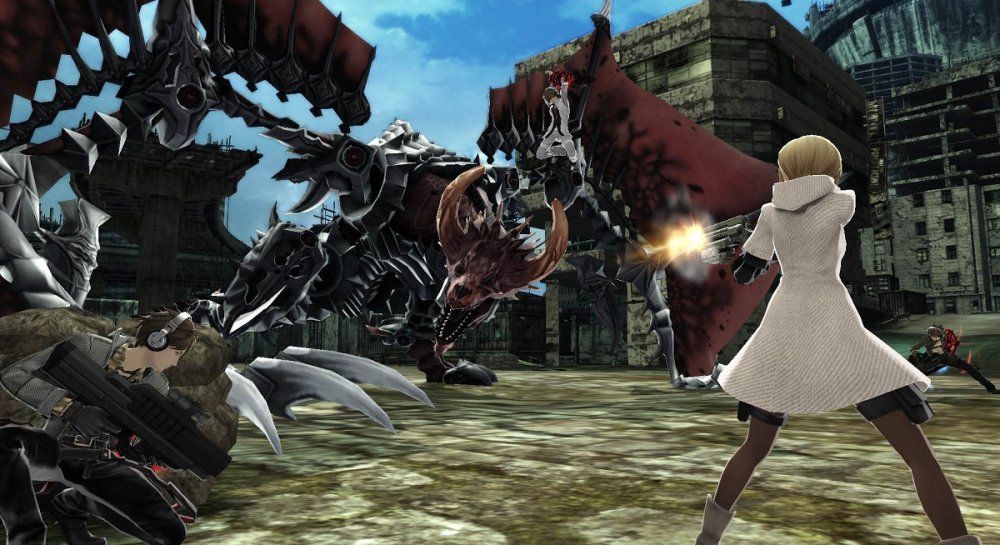 For decades Japan has continued to make games unlike those made in America or Europe, but previews of these games are fraught with doubt as many of them don't make the leap to our shelves.  This is not the case with Freedom Wars; it has just been announced for EU and US markets.

Freedom Wars is set in a far future were criminals are made to fight for their lives with uberguns against mechanical foe.  This would be pretty tough to do by oneself, therefore the fact that you can co-op with 8 players online is a blessing.

Supported by a robust multiplayer suite, up to four players can play via Ad-Hoc and eight players via Online to fight civilian Abducters; the more civilians you set free, the shorter your sentence becomes. In addition to the challenging co-op gameplay, you’ll be pleased to know that the game has many customizable features ranging from weapon load-outs to the protagonist itself! Check out our new trailer and make sure to stay tuned for more news on Freedom Wars, launching later this year!

The new trailer finishes with the less that specific announcement that the game is coming in 2014.  However, you did get to see some gameplay; so swings and roundabouts.