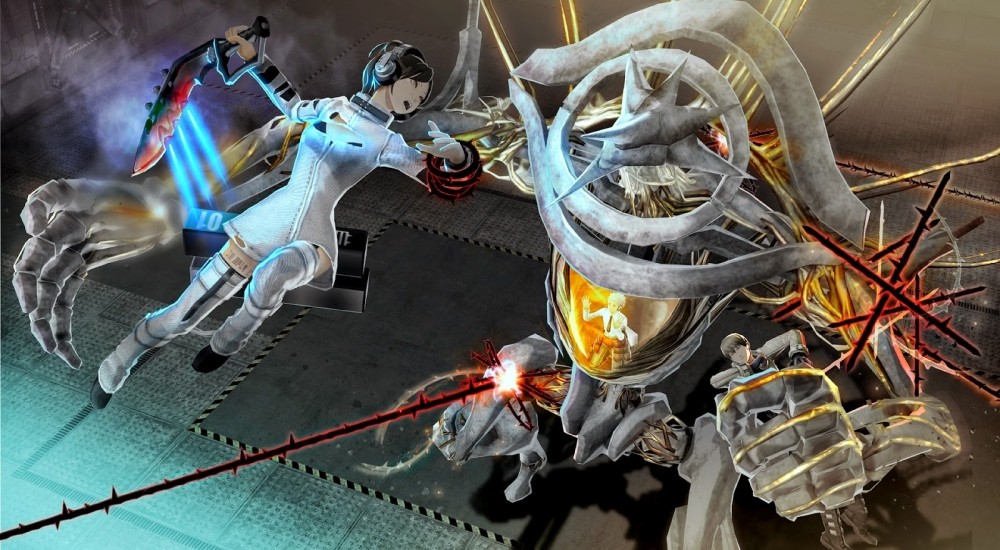 If you completely forgot this game was coming out, don't worry, you're not the only one. Freedom Wars just sort of appeared this October in North America and Europe, launching its multiplayer and co-op combat gameplay just for PS Vita. With any luck, everyone will start paying attention to it now, as it looks fantastic.

Freedom Wars is a mission-based arena battler that borrows a bit from games like Monster Hunter and Bayonetta but shoves the setting into a futuristic sci-fi world. Combat features plenty of loud, bright attacks with guns and melee weapons, but the real focus is on the grappling whips known as "thorns". Players use them to zip across the battlefield, pull huge enemies to the ground, set traps and perform other special techniques. Combine that with player classes and helper robots called Accessories and you've got a fantastic formula for a combat game.

Missions in Freedom Wars often send you and up to seven co-op buddies out to fight mechanized weapons known as Abductors. Those steely-eyed bad guys are kidnapping people, but you're here to save them. Apart from straight-up big boss battles, you'll also go out on hunting, rescue, item collection and capture the flag missions, sometimes even fighting against other groups of players.

The trailer above offers a quick peek at the game, just enough to make you realize it's worth a second look. The game is currently available for PS Vita and supports eight player co-op.