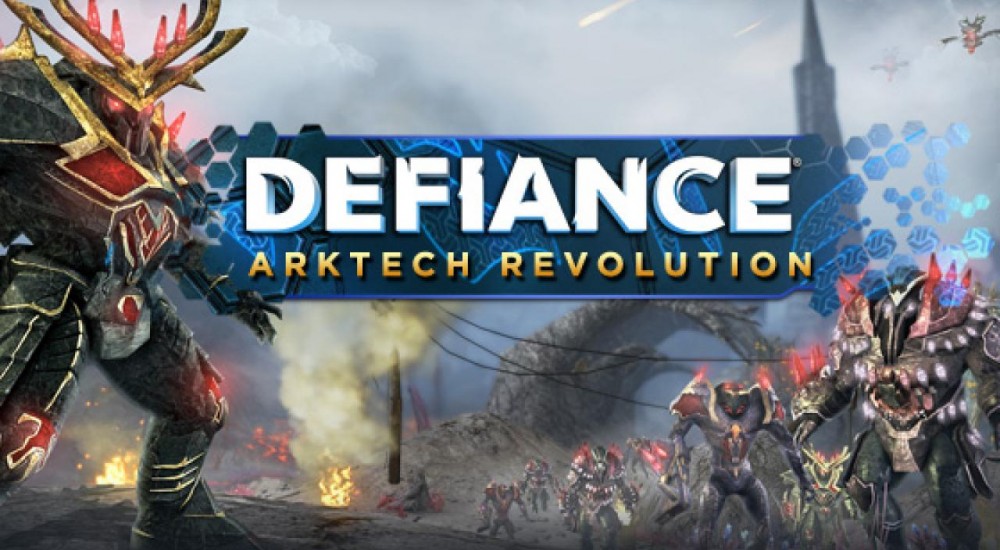 Players that have kept up with all of Defiance's updates or are just getting into the game now, be aware that the last DLC for this season, "Arktech Revolution", has finally arrived this week. An ample amount of changes have been made for those who paid for the DLC, but an additional title update also altered few things worth taking a look at..

Announced way back last March, and now available on PC, Xbox 360, and PS3 since April 15th, the "Arktech Revolution" completes Defiance's Season Pass DLC's to come out. In this DLC, players will find a major additions to the way character progression works, among other things. A weapon's strength will now scale with the EGO rating requirement for that weapon, so leveling up means a whole lot more to gameplay. It's important to note that non-Season Pass holders won't be able to download the standalone DLC until Tuesday, April 29th. Take a look at the full list of DLC content now available:

Additionally, the game overall got an update on multiple levels, from extra Trait alterations to Vendor changes. Please keep these in mind for future sessions: