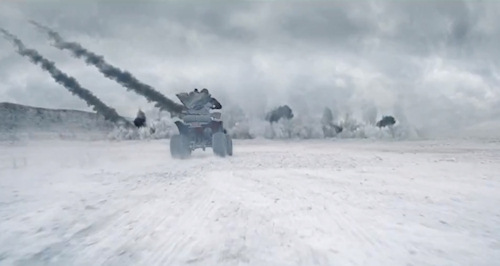 Defiance is being billed as a "transmedia" experience, putting players in a video game world that shares experiences with a TV show of the same name.  We're promised that events in either will affect the other, which if pulled off- would do something we've never really seen before.

Defiance the game is very much like an MMO, but without those pesky subscription fees.  The Xbox 360, PlayStation 3 and PC version of the game is slated to be released on April 2nd, 2013.  The game features both co-op and versus multiplayer as Earth is transformed in a post apocalyptic type setting.  The big draw here for co-op players are the massive boss battles featuring dozens of players at the same time.

There's a live action teaser that sets up Defiance, its unclear if this is similar to what we'll see on the TV show or not.  Defiance is available for pre-order now with several bonuses available depending on retailer, and there's a deluxe version of the game that includes things like bonus XP, more weapons, and an enhanced inventory.