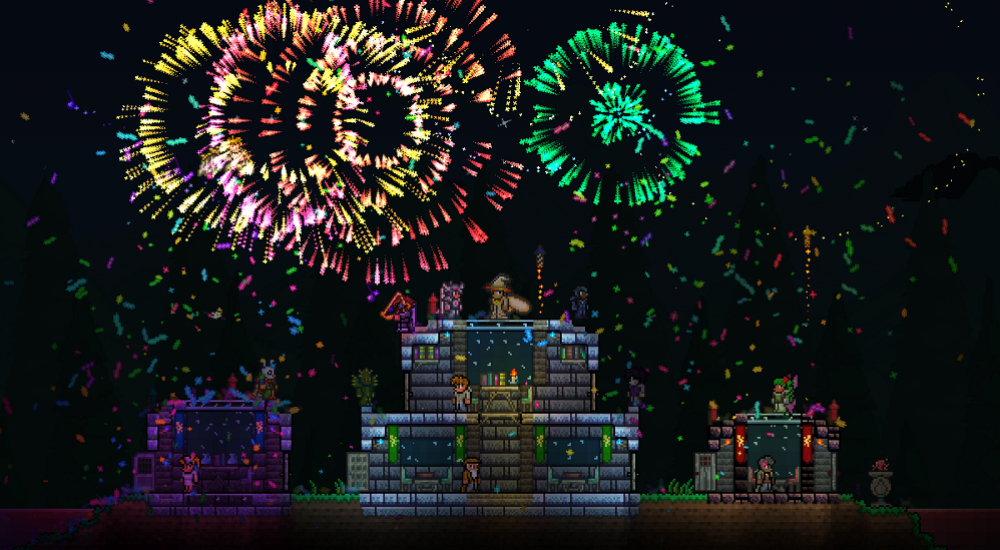 Terraria hasn't had a difficult time spreading from PC to Xbox, PS Vita, PlayStation 3 or even mobile devices. The game's latest impressive update, on the other hand, has. Released for PC back in October, Terraria's 1.2 patch has finally wormed its way to consoles and Vita. Time to start playing again!

Terraria 1.2 adds a massive amount of content, bug fixes and tweaks to the sidescrolling sandbox game. There are new items, new bosses, new biomes, new events, new materials, new crafting recipes, and, well, a lot more. The full list of changes is quite a read. Here are a few of our favorite things:

But wait! It's not all copy/paste from PC to console! There are still a few minor differences between the games, even with the version number catch-up:

Yeah, ok, not that big of a deal. But still, the more you know, yeah? Terraria 1.2 is currently available to download via Xbox Live Arcade and PlayStation Network. Get it, get your friends, get to digging.