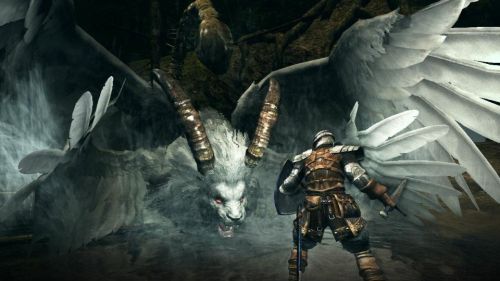 Microsoft's Games with Gold program has been passing out free games to players with Xbox Live Gold each month since the middle of last year. Many of those freebies have been older games or games that inspire little more than a half-shrug from most people. In June, however, two big co-op titles will be offered for free: Dark Souls and Charlie Murder!

To grab the free games, you first have to wait until June (the toughest part). Then, log in anytime throughout the month and download them to your hard drive. Easy. You've probably heard the Co-Optimus team gush about Dark Souls once or twice in the past, so if you've missed out over the years, might as well indulge in the grinding torture device for free, yeah?

Charlie Murder is a newer release and will probably find a larger audience. The modern day side scrolling beat-em-up is similar to Castle Crashers and Scott Pilgrim vs The World: The Videogame, distinguishing itself with moody hand-drawn visuals, comically gratuitous violence. Developer Ska Studios (The Dishwasher: Dead Samurai, The Dishwasher : Vampire Smile) pulled off some great co-op with that game, so keep it in mind when June rolls around.

Oh, and in the non-co-op world, Super Street Fighter IV: Arcade Edition will also be free in June. Beat your friends up instead of beating things up with friends.