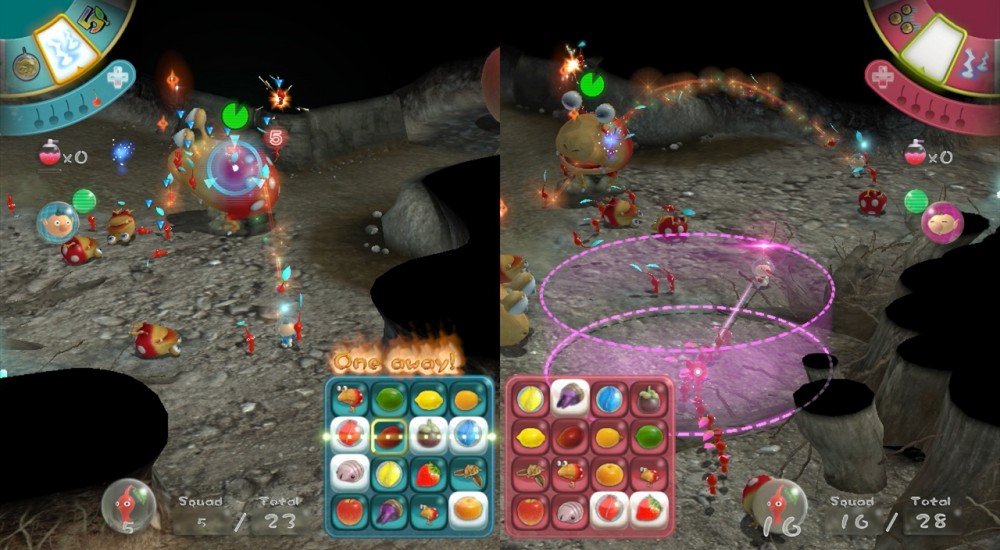 Nintendo keeps on giving to  their flagship title Pikmin 3 almost a year after release. A newly implemented control scheme is now available for those wanting to experience the game slightly differently.

In the last title update, Nintendo patched in a brand new stylus-based option for controlling the game. Now, players can choose to command their captains and Pikmin armies through the GamePad touch screen alone. Essentially, this is a nice update for players who are most comfortable with the 3DS way of things.

Using simple taps on the touch screen will allow player to navigate the world with ease, swap between the three available captains (minus the two playable from the DLC) on the fly, and throw all the colorful Pikmin following them around. Additionally, the new controls will allow for easy access to various items and other command actions. Like I mentioned in my review of the game, I still believe that the most precise control possible is through the Wiimote/Nunchuck combo; to each his own. At least this gives us a better usage of the GamePad than just for cutscenes and displaying the map. Pikmin 3 still holds up well to some of Nintendo's finest Wii U titles, such as Super Mario 3D World and the more recent Mario Kart 8. Speaking of Mario Kart 8, registering the game through Club Nintendo can get you a free digital copy of one of four select Nintendo games, Pikmin 3 being among them (others include: Wii Party U, Legend of Zelda Windwaker HD, and New Super Mario Bros. U). The offer ends on July 31st.