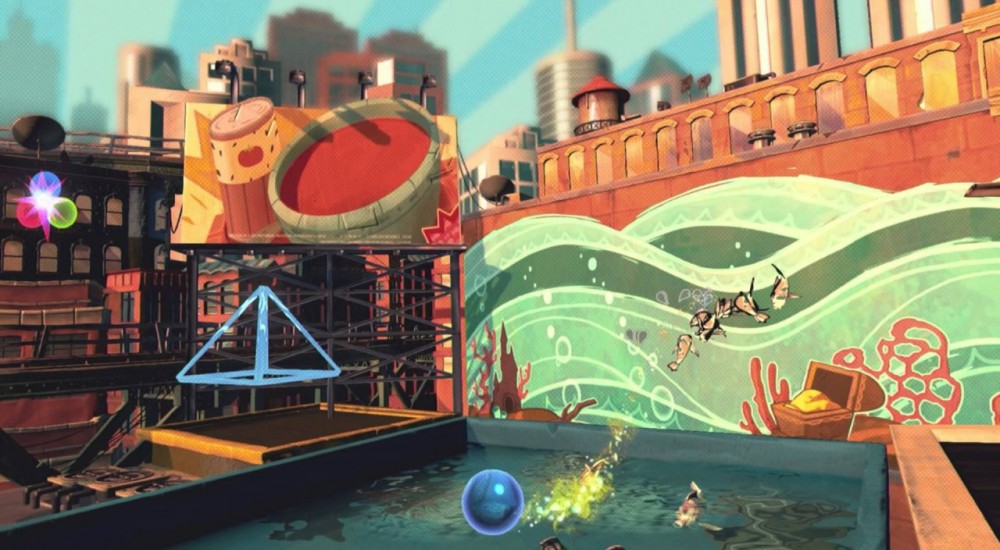 Launching for Xbox 360 and Xbox One, Fantasia: Music Evolved will be available October 21, 2014. Today we got a new trailer, as well as the announcement that songs from Depeche Mode, Drake, MIA, The Who, and more would be included in the game.

The trailer features a level entitled The Neighborhood, where players travel through a 2D urban setting, releasing 3D elements such as fish and vegetables to bring it all alive. Despite Microsoft's decision to unbundle Kinect from Xbox One, Fantasia: Music Evolved still requires Kinect to be played.

Fantasia Music Evolved features two player local co-op where each player uses motion controls to interact with the music and on screen visuals.