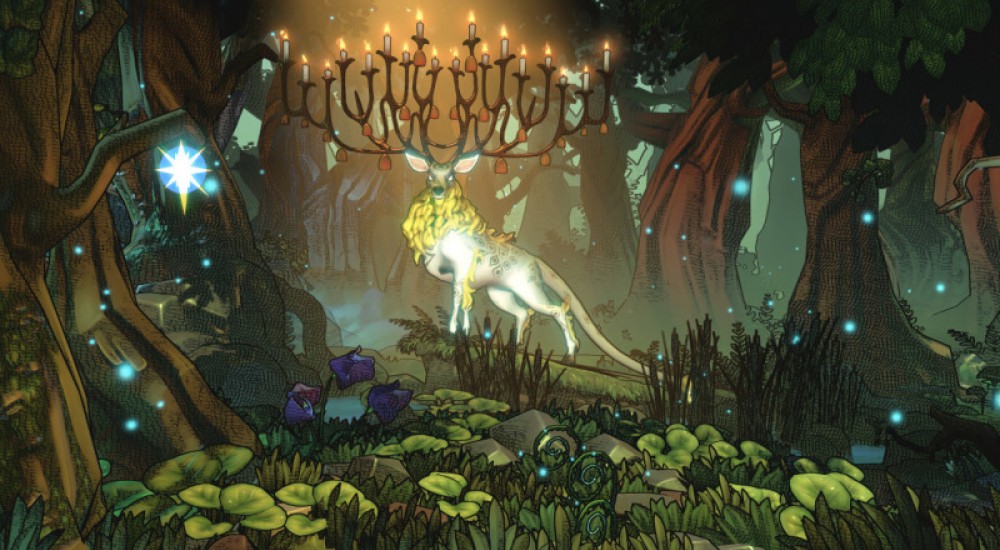 Our last coverage of Fantasia: Music Evolved was at E3 2013, but that hasn't stopped the makers of Rock Band from putting in work on their new rhythm and music game. Of course, this time you don't need to break out the miniature drum set or the squeaky plastic guitars every time you want to have a jam session with your buddies. Merely stand in front of the Kinect and wave your arms a Conductor for the world's most erratic orchestra, and listen to the madness unfold.

News for this week details a few new track listings to be included with the final product:

That's quite the mix those folks at Harmonix have lined up for us music fans. Got some new stuff, some classic stuff, and even Mr. Dvorak's piece thrown in there for good measure.

How do you feel about magical critters in some eldritch forest responding to your arm waving while the music jams in tune? The latest game trailer is for "The Hollow," a bizarre forest with plenty for players to discover on their own.

Check out the new trailer.

Co-op is always a weird beast to tangle with motion controls, and the fidelity of the Kinect (especially for the 360) is a bit up to question. But, if anybody can pull off an orchestrating music game, it's those dancin' fools over at Harmonix.