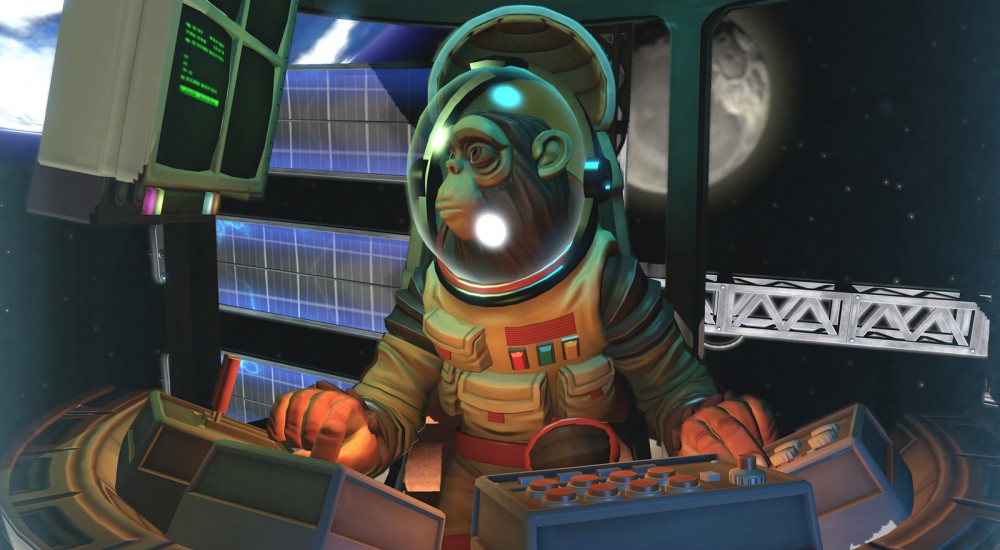 In a new trailer for Fantasia: Music Evolved, the latest music and rhythm game from Harmonix, we get a glimpse at The Capsule, a level (or realm) in Fantasia where a lone monkey is cut off from the outside world. The trailer shows off co-op and single player gameplay to Elton John's "Rocket Man."

Inspired by Disney's musical motion picture, Fantasia: Music Evolved has players using motion controls via Kinect to orchestrate music through gestures and mini games. In two player co-op, you can manipulate the world around you to different styles of music. Just try not to hit your partner!

We got a hands on at E3 2013 but this trailer shows an entirely different aspect of the game that some may find intriguing.

Fantasia: Music Evolved launches this fall for Xbox 360 and Xbox One and requires Kinect.