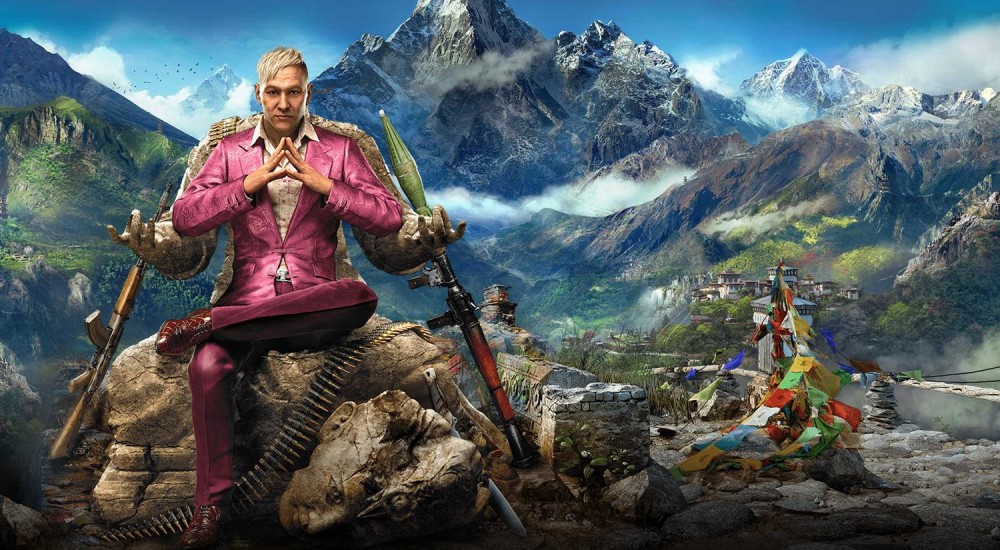 Those who are interested Far Cry 4 might want to take a minute to know just how to initiate a co-op game. Even if the co-op partner doesn't plan on owning the game himself, he may be invited to join a online game after downloading an app to his console first.

Just to be clear, this is a PS4 exclusive feature. Owners of the console who don't own Far Cry 4 will first need to download an app that provides a way to be invited into another player's online game. This feature is very similar to the 3DS's own download play option, actually. Please be aware, however, that this app may be pretty extensive data-wise. Because the player being invited won't need to own Far Cry 4 at all, the app will include the whole game minus the story mode portions (all solo options will be turned off). This way the invited player can be called in as a "Gun for Hire", helping their buddy take on quests in the open world and/or raid all the outposts, towers, fortresses desired. Fun fact: Far Cry 3's co-op player Hurk will also be making his return here.

Ubisoft has stated that they are working the co-op gameplay to be a bit more difficult than in single player, which is understandable. They haven't decided on the exact way they want to go about increasing the difficulty, but some ideas being tested are increased enemy AI, giving players less hit points to work with, or increasing the damage received.