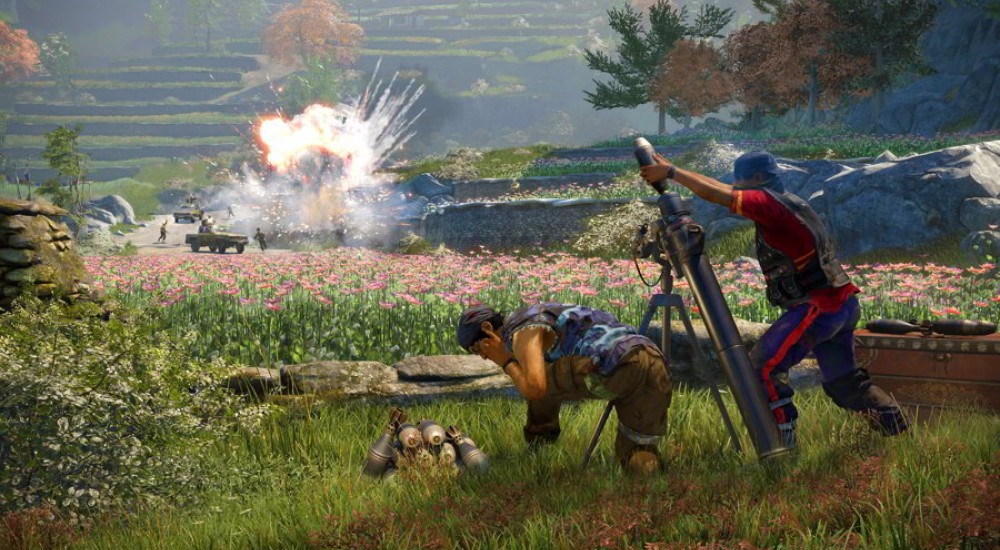 There's no second guessing Kyrat's reputation as a shockingly deadly place. You and your buddy might be trying to dodge some warlord's bloodthirsty troops only to stumble into a pride of tigers who were thinking about how great human necks would taste about now. Or, you might be struggling to survive in the bitterly cold mountains only to have your eyes torn out by hawks. Or, perhaps the worst of all, you might be playing Far Cry 4 during a nasty firefight when the framerate drops to single digits and you hurl your PC out a window.

It's been a rough set of launches for Ubisoft, with Assassin's Creed: Unity and Far Cry 4 both releasing to a litany of bugs. While AC:U's issues were more akin to nightmare fuel and hilarious broken characters than anything super detrimental to the experience, Far Cry's PC launch was riddled with issues breaking the experience.

Ubisoft aims to make things right with their early adopting fans on the personal computer by releasing a new patch. Here's the rundown for version 1.5.0:

That they needed to remove the Nvidia graphics preset all together is pretty shocking. How broken was that thing?

Reports indicate players still having issues with shadows and a few stuttering hitches. Those afflicted are encouraged to report to Ubisoft Support with their complaints. Given the state of those two big recent releases, the entirety of Ubisoft Support is probably engulfed in flames.