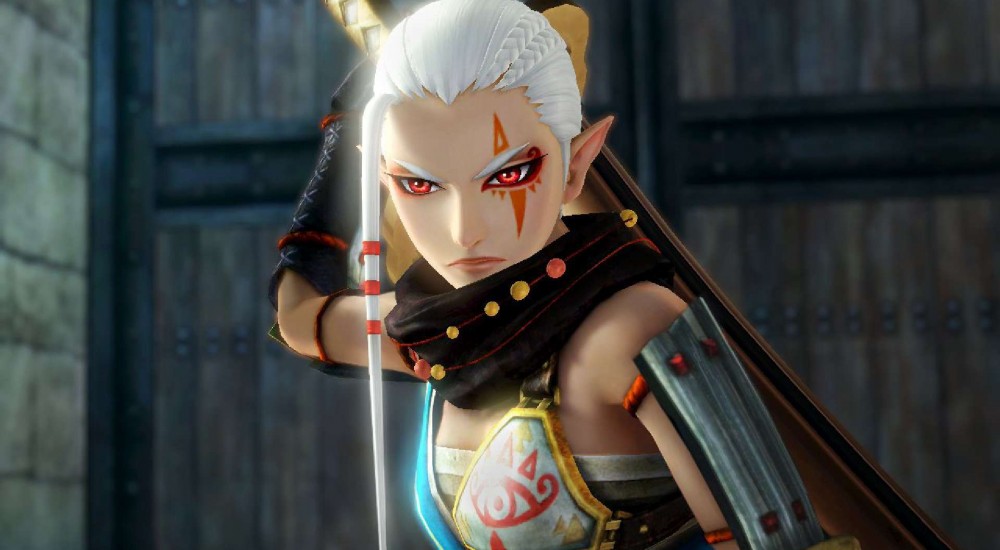 Who here is ready to do some decidedly un-Zelda things with very Zelda characters in Hyrule Warriors? Looks like Link and co got tired of pushing blocks and need to blow off some steam by slaughtering a trillion dudes.

We're all on board with series regular Impa finally showing off her skills in Warriors. Straight from Koei Tecmo themselves, here is our facially tattooed warrior in action.

I really want to know what it is she cuts in half at the beginning there. Is it like, a fortified gate? Wouldn't they need that to help defend the castle? She could have just opened it and walked outside, but I guess when you've got a sword that size you gotta look for reasons to use it.

In other Hyrule Warriors news, our friends over at Famitsu have dished two new characters onto the roster. Straight from Twilight Princess is the bug-loving Agitha. No word on her abilities yet, though I wouldn't be surprised if she used that umbrella to really lay down some smackin'.

The second character is new to the Zelda franchise, only going by the name Lana. We're not sure if she'll be featured in the upcoming Wii U Zelda or if she's just a brand new character exclusively for Warriors.

Hyrule Warriors lands on Wii U September 26th of this year.