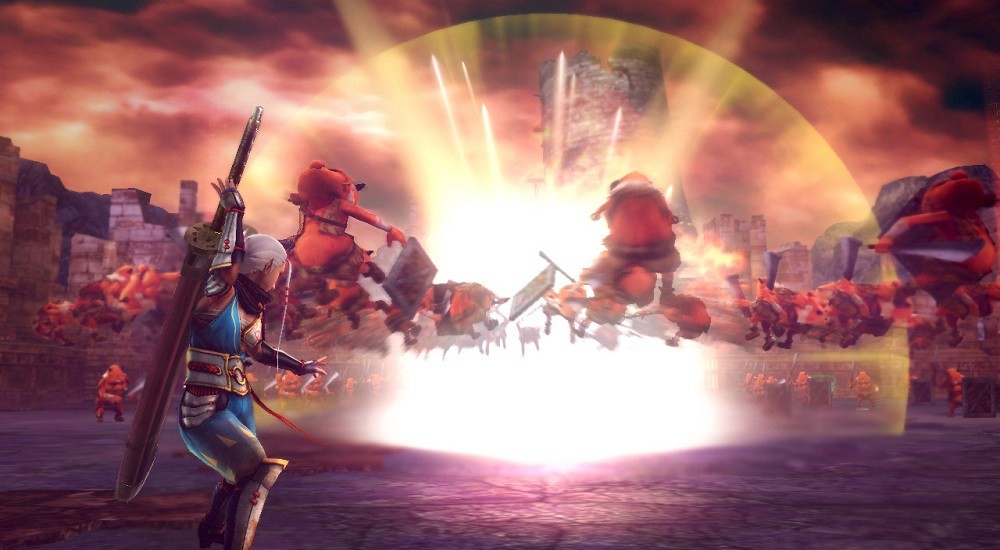 A full trailer featuring each and every playable character in Hyrule Warriors has release recently. Having played all the Legend of Zelda games in the series, I'm very happy with the characters choices they've made and am excited to see what sort of co-op combinations we can come up with.

From the trailer itself, the game seems to span across many of the biggest Zelda titles in the franchise, particularly the console versions. Little is known about the actual storyline, but we can see that old enemies return and heroes from each era work together to combat some of their toughest bosses. The stages seem to come together much like how Subspace Emissary worked in Super Smash Bros. Brawl. Here are all the characters showcased and which games they originated from:

Lana, The White Sorcerer, hasn't been in any Zelda so far, making her debut in Hyrule Warriors. As for Link and Zelda, both don't seem to have any particular era they might correspond to (closest to TP, perhaps). It may be that they from the current one this game takes place in (though their weaponry/abilities come from many eras). Additionally, Girahim and Zant also make an appearance, but have yet to be confirmed as playable. Still, there are lots of characters (12 total) to choose from and work together to defeat the forces of darkness.

Hyrule Warriors will be arriving this September 26th on Wii U and will contain a 2-player local co-op mode.