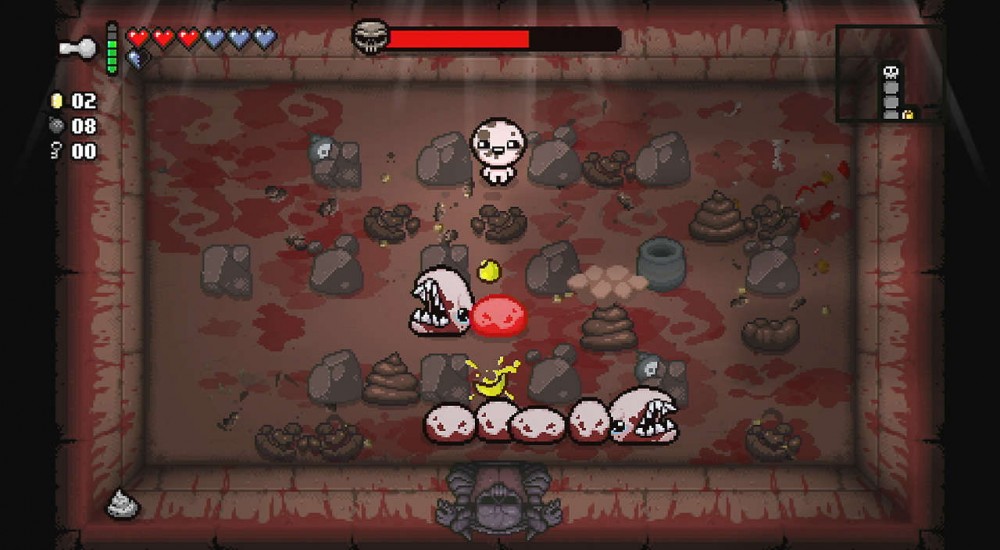 Own an Xbox One, Wii U, or New 3DS? Then look out for The Binding of Isaac: Rebirth to release this July 23rd! Grab a co-op partner and dive into the insane psyche of one deprived child.

Developer Edmund McMillen stated on his blog that he wishes to bring the game to all systems possible, but we will need to be a bit more patient while development is still underway. Also, there is no set release date for when the game opens up to those outside of the US (sorry!).

Some new features to look forward to are the addition of fire stages that set enemies and Isaac (and company) ablaze. There will also be a new character in Lilith (shown below) who will begin each game with one of the best new demon familiars, Incubus, as well as a box that holds a mysterious, but very useful power to those that know how to abuse it.

Again, Rebirth's co-op capabilities are local only. The only exception to this is the 3DS version, which will NOT INCLUDE CO-OP. It's unfortunate, but that's just how things are. Grab the game on any other platform to experience the fun of playing with a co-op buddy. Here's a quick FAQ for those wondering how co-op works in the game:

-co-op is local play only.

-p2 can only join of p1 has more than one container heart.

-p2 can steal life from p1 by pressing start, but cant steal any life if p1 has only one heart left.

-there are NO co-op related requirements to gain platinum god.

-there will be some co-op related achievements.

-p2 flys, but cant pick up any items.

-once p2 dies when they respawn their baby is randomly chosen again.

-p2 can leave play giving p1 back their life at any time, but if they spawn back in they will be using the same baby.

-its a lot more fun that you would imagine :)

The Binding of Isaac: Rebirth will be available for $14.99..