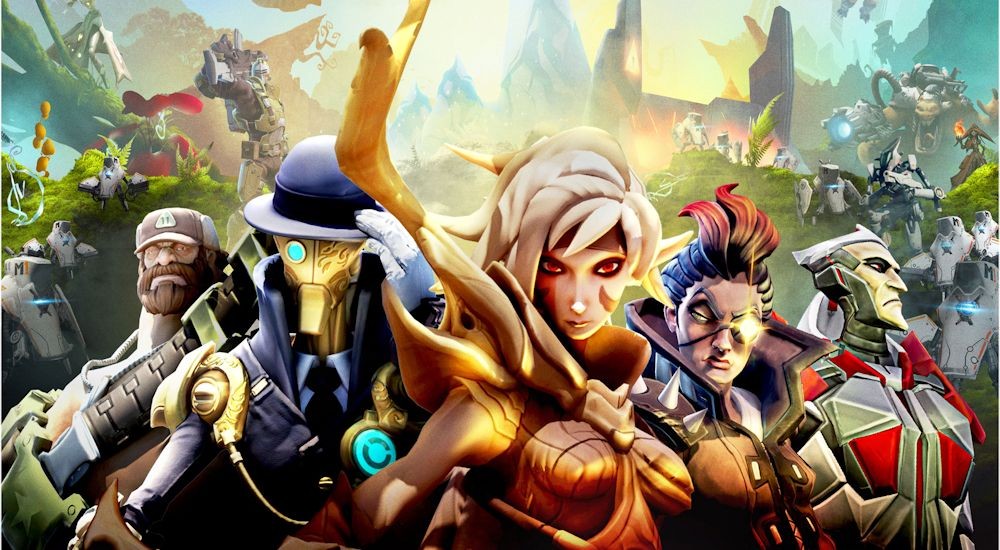 Gearbox is looking to make its entry into the next-generation of gaming with a brand new IP called Battleborn. The game is said to combine elements of multiple genres of games to create a truly unique experience. Perhaps it's best to let Randy Pitchford, President of Gearbox, describe it.

More about the game is revealed on GameInformer, who had some hands on with the game's five versus five competitive mode. Much like a traditional MOBA, players defend lanes, attack opponents, and work with waves of robotic creeps while customizing their character builds with unique skills.

The focus of the game seems to be on the heroes themselves, with extremely over the top designs that mix settings of sci-fi, fantasy, and steam punk. The reveal trailer showcases an elf-like female character with a bow, a steam punk clockwork gentlemen, a HUGE brutish gun wielding soldier, and a cute anime inspired girl in a dress with throwing knives. Needless to say, if Gearbox reveals a character that's a kitchen sink, we wouldn't be surprised.

Like any good Gearbox game, Battleborn will feature a five player co-op campaign, complete with a story, and it will meld elements found in the game's competitive mode of play. There are no details yet on exactly what you'll be doing or exactly how the characters revealed will fit into the puzzle, but we're intrigued.

Battleborn is slated for a 2015 release on Xbox One, PlayStation 4 and PC.