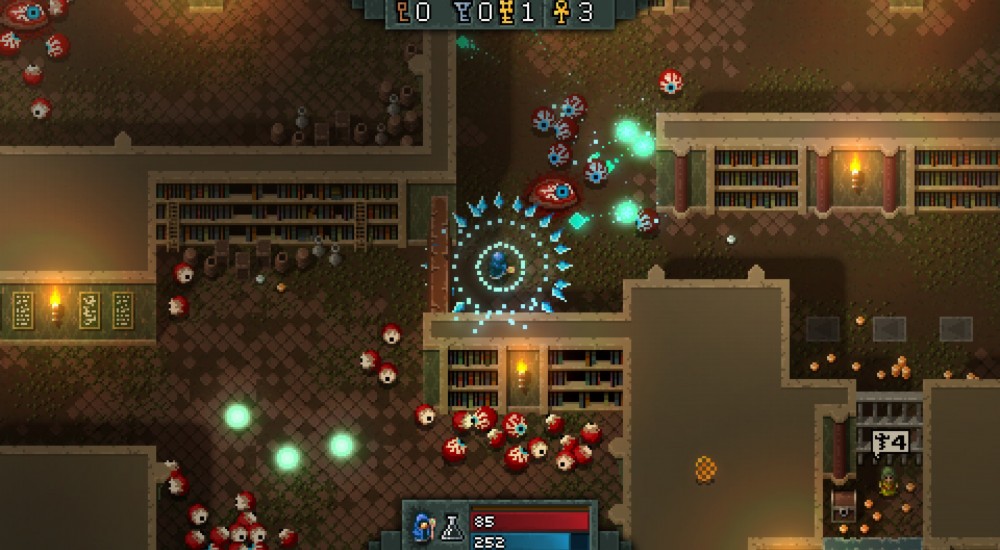 Hammerwatch has been quietly upgrading itself since its release in August 2013. A few patches have fixed some minor technical issues, added features to the editor, tinkered with character abilities, and added two brand new classes to play. Guess it's time to go shoot worm larvae again!

Auto fire is one of the more interesting additions to Hammerwatch's basic gameplay, just in case you were tired of hitting buttons to kill things. Steam Workshop support now lets you share level editor creations with the world. Nearly a dozen survival-style level packs have already been released by the Hammerwatch community, so the future of crazy custom levels looks quite promising.

Along with the technical stuff, two new character classes have been added to Hammerwatch: the thief and the priest. Thief is a melee class that carries two daggers that attack in a 180 arc. His first ability is the Fan of Knives which fires a wave of projectiles that can cut through multiple enemies at a time. The catch, though, is using abilities costs both gold and mana. Priestly players get a short-range spell that deals splash damage and a beam of holy light as a first ability. These attacks harm enemies while healing players, which is totally what a priest would do in real life.

A few other fixes/features from the last two patches:

Hammerwatch and its lovely patches are currently available on Steam. The game supports both local and online co-op for as many as four players.