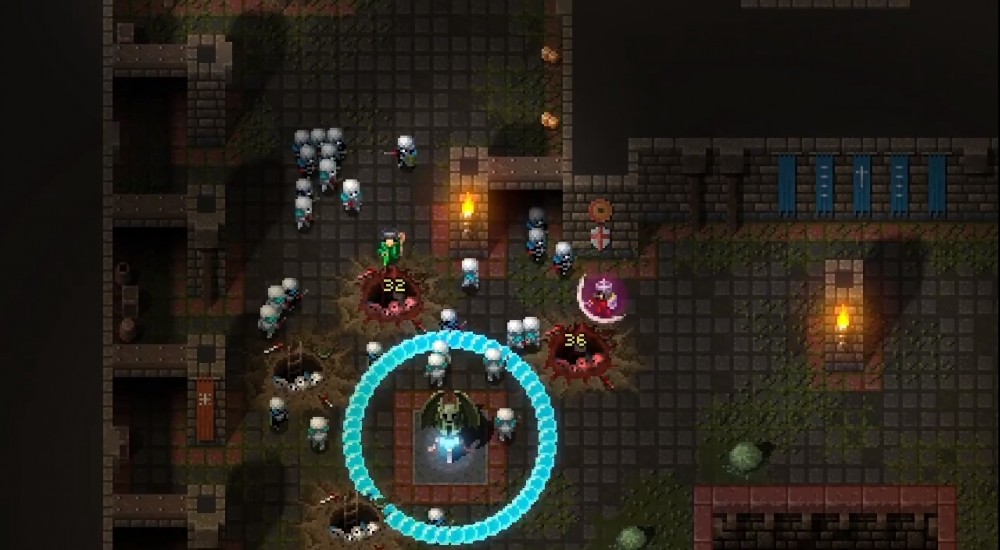 Fans of classic hack and slash buddy games like Gauntlet would be wise to keep their eyes on Hammerwatch. The pretty-as-a-pixel fantasy game features four character classes, a top-down perspective, hordes of enemies, and four player co-op.

The new launch trailer shows off some of the old-school gameplay while featuring music fit for a time of high adventure. It looks simple, but the game boasts numerous secrets and several bosses which will require "more strategy than just hacking." I have it on good authority that the demo from a few weeks back was "fantastic."

Feel the nostalgia wash over you while you peep the launch trailer.

Why does everything feel so much more wholesome when it's pixilated? It probably has something to do with the childhood whimsy of Legos. That, or censored pornography. Maybe both.  Once you feel you've mastered Hammerwatch you can create your own levels with a map editor, allowing for several more hours of pixel fun.

Hammerwatch supports four player local co-op, four player online co-op, and LAN. It's available on Steam today for $8.99, or it looks like you can pick it up from the Hammerwatch site for $8.00. We'll have a Co-Op Review posted in the near future.