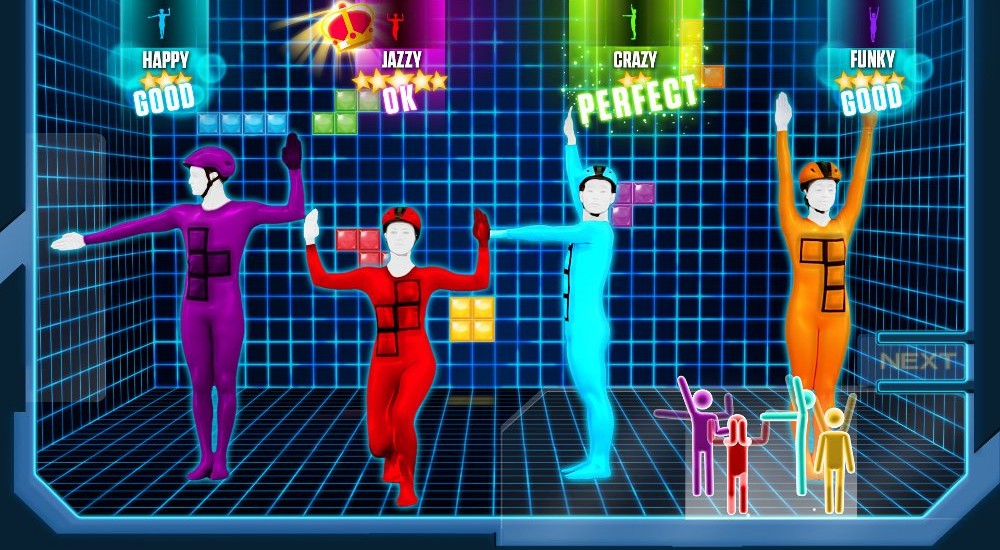 We get that you secretly like to dance in your living room. Seriously, we do. Somebody told Ubisoft this a few years ago and they kicked off the Just Dance franchise, a series that's all about dancing in front of a TV for points. The studio recently announced Just Dance 2015, and wouldn't you know it, there's a handful of co-op songs to provide embarrassment for everyone!

The basic idea behind Just Dance is to follow the on-screen dancers and earn as many points as you can. And by follow, we mean with your actual body, putting those Wii remotes, Kinects and PlayStation Move accessories to good use. The better you mirror, the more points you get. Each expansion in the series brings new songs from just about any genre you can imagine. Most of them are designed for the shy solo dancer, but there's always a selection of multiplayer dances to inspire you to let your inner co-op dance fiend out to play.

12 of the anticipated 40 tracks have been announced for Just Dance 2015. Four are confirmed to feature co-op play:

Yes, it's that Tetris song and yes, your friends will make you be the orange one. Good luck with that squatting move. Just Dance 2015 will release worldwide for PS3, PS4, Wii, Wii U, Xbox 360 and Xbox One in late October.