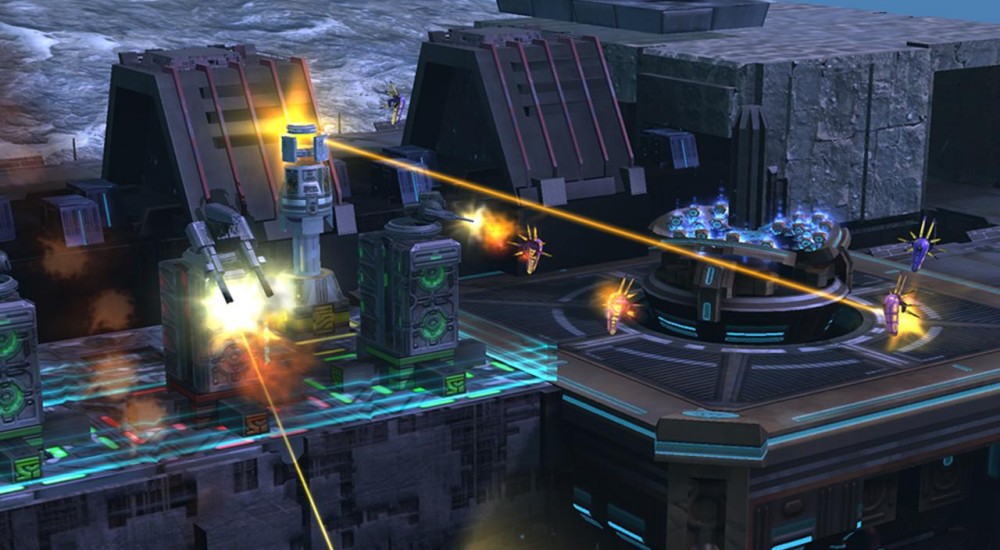 505 Games has launched a series of videos detailing gameplay in Defense Grid 2. The videos serve as a sort of tutorial for the game, with information on enemies and individual towers. The first video, Defend the Cores, talks about how the enemies will attack you to steal power cores.

Once an enemy has reached your cores they will try to escape with one in hand. If your towers were unable to stop them on the way in, perhaps they can do something about it on the way out. Once an enemy holding a core is defeated, the core will return to base. It's a unique feature not too common in the tower defense genre, and calls for more thinking on the player's part.

The second video details one of the towers available to players, the Boost tower. This is an inexpensive way to change the route of incoming enemies, while not limiting the types of defense towers you can place in the future. A boost tower simply raises the platform level, creating a wall, but also lets you build another tower on top of it. These elevated towers can then be upgraded with enhanced damage, enhanced evaluation score, or the ability to interrupt enemy shield and stealth defenses.

We got a hands-on with Defense Grid 2 at E3 and loved what we saw. We even nominated it for our co-op game of show.

Defense Grid 2 launches this fall for PS4, Xbox One, and PC.