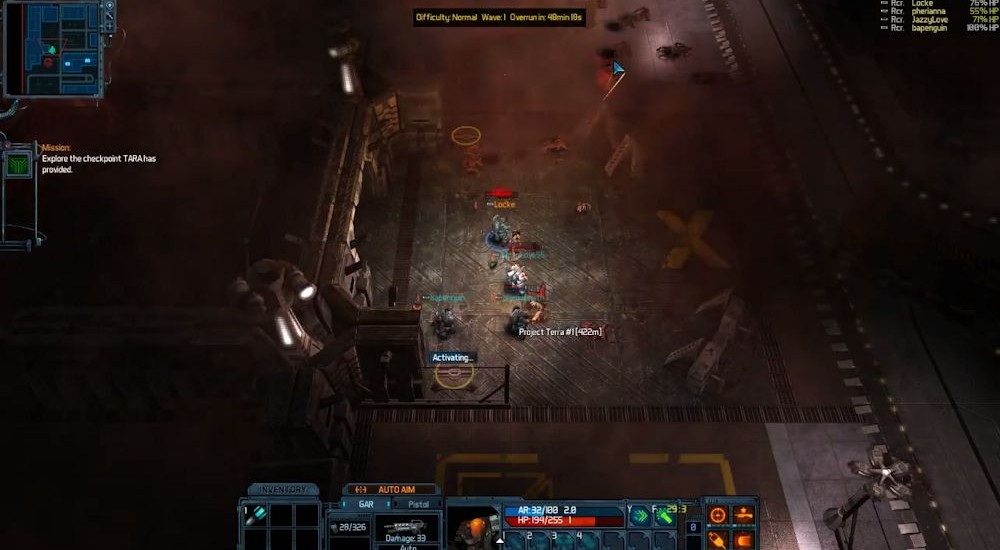 Last night the crew streamed a good chunk of The Red Solstice, an upcoming 8 player co-op game from developer Ironward. The game puts you in shoes of space marines on Mars, with an hour to survive before an installation is overrun by alien creatures. Players team up as different class of soldiers and try to survive by any means necessary.

We discovered that The Red Solstice is an incredibly deep game, with mission style progression as well as an overall progression of your character. While mid mission you can unlock and upgrade skills, your overall character can unlock new weapons, buffs, and other items for playing multiple missions.

We also discovered the game is brutally hard, but in a satisfying way. The game constantly gives out random objectives and missions for players to complete, sending them from one end of the installation to the other. Along the way you'll scour lockers and crates for items. You'll enable turrets to defend positions. And you'll likely blow up your entire team at some point.